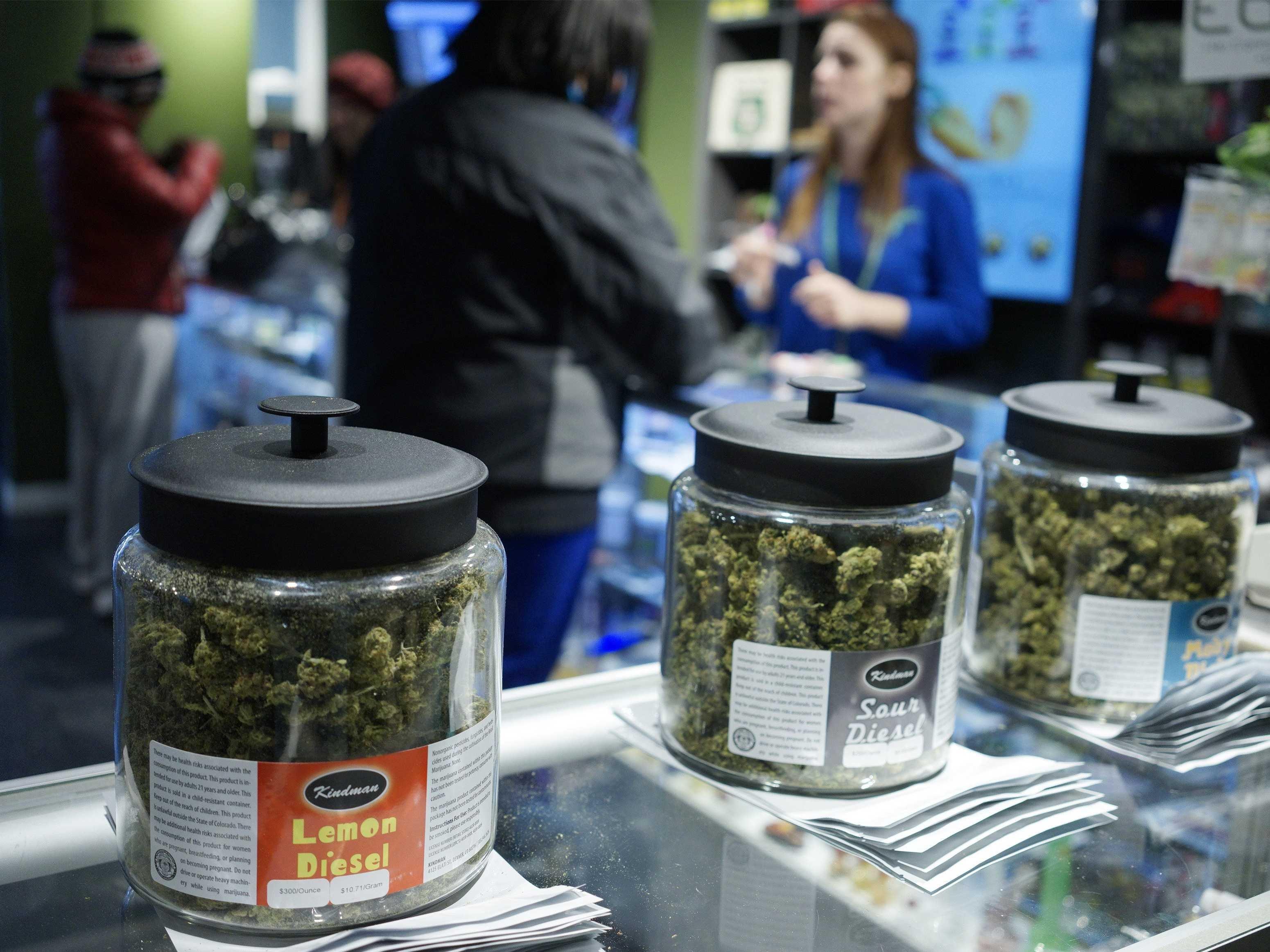 Kevin Loria ~ Business Insider
Rick Wilking/Reuters If you've had a rough day at work today, you're free to go home and crack open a beer or pour yourself something stronger. 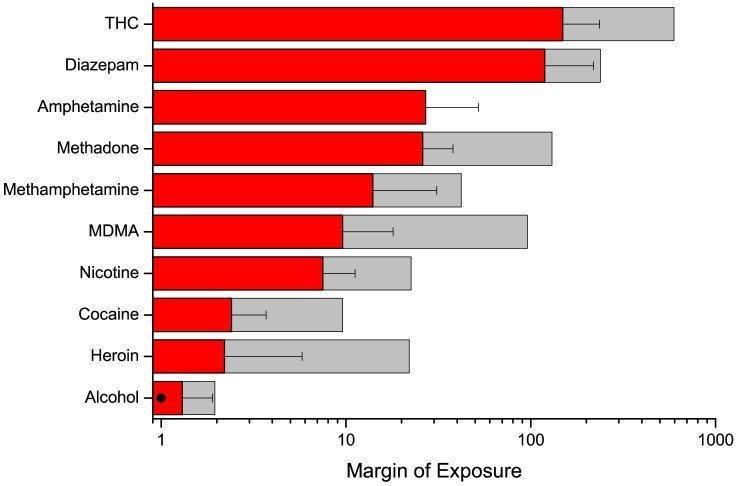 ~
But unless you live in Colorado, Washington State, Alaska, or  now, the District of Columbia, lighting up a joint could land you in serious trouble with the law.
Despite those restrictions, almost 70% of Americans believe that marijuana is safer than alcohol — meaning that the health-based justifications for those laws are coming across as pretty flimsy. And according to a recent study published in the journal Scientific Reports, that 70% of Americans are right in thinking that marijuana is far safer than laws would imply. But the study also showed that alcohol is actually riskier than its legal status would indicate.
In this study, researchers took a new approach to compare marijuana, alcohol, cocaine, heroin, and other drugs. They looked at the amount of the drug a user would normally consume and compared that to the amount of that substance that would kill the average person.
By that standard, marijuana is about 114 times safer than alcohol.
The researchers are quick to point out that they aren't saying marijuana is absolutely safer than alcohol in all contexts, they are just measuring the likelihood of a fatal overdose, not potential mental health problems or chronic risks. There are also other risks to illegal drug usage that aren't counted here, and they aren't comparing drug interactions either. Combining some substances, like alcohol and cocaine, results in a much more dangerous chemical cocktail inside the body than those drugs create alone.
But the researchers say that if policymakers were to use evidence-based approaches to drug policy, they'd find that they had overestimated the risks of cannabis — and underestimated the potential risks of alcohol.
This isn't the first time a study has found that marijuana is safer than other drugs, the researchers note, though this is the first time that researchers have used this approach, called the "margin of exposure" approach, to compare these substances. This calculation shows the risk of a fatal overdose — nothing more — and even though that leaves out a lot of nuance and complexity, it's a useful way to see how dangerous a substance actually is.
As can be seen in the chart below, for individuals, alcohol, nicotine, cocaine, and heroin are all high risk substances. The lower the margin of exposure, the higher the mortality risk compared to normal intake levels, though the researchers write that the margin of error for heroin could give it a lower score than alcohol for some users.
Other substances like methamphetamine, MDMA (molly or ecstasy), and diazepam (Valium) were medium risk substances, while only marijuana (THC) was low risk.
Scientific Reports The red bar indicated the margin of exposure for the average user, the grey represents the tolerant user, and the brackets show the margin of error. They had to use a logarithmic scale to fit marijuana onto the same chart.
When comparing how harmful these substances were for an entire population, the difference was even more extreme — alcohol is then the only substance that falls into the high risk category. The researchers aren't saying that heroin and cocaine are "safer" than alcohol, just that alcohol's easy accessibility, especially in Europe where the study was conducted, makes it the substance that has the highest risk for the population as a whole.
The researchers write that it's hard to establish exactly how risky some drugs are, as data on illegal drug usage is limited and population-wide data is very incomplete.
Still, for policymakers, they write that their findings about cannabis would support "a strict legal regulatory approach rather than the current prohibition approach."
~
Tags:
WeedWorthy Marijuana Legalization News, Marijuana Law, Kevin Loria,
Hemp Biotech Company Launching Oral-Care Line
Colorado Sold 7 Tons Of Retail Marijuana In First ...