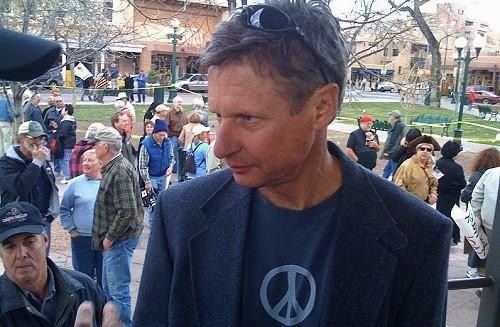 Former New Mexico Gov. Gary Johnson is stepping down as head of a marijuana company in order to run for president.

Johnson announced his campaign for the 2016 presidential election on the Fox Business Network on Wednesday, who plans to run as a Libertarian candidate.

“I want to take this opportunity to announce my candidacy for president,” Johnson told Fox’s Neil Cavuto.

“I am hoping to get the Libertarian nomination for president in 2016 and in fact offer that alternative.”