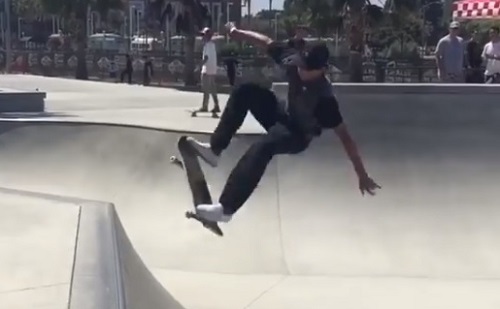 The 19-year-old pro skater from Southern California, currently ranked seventh in the world, was suspended six months after testing positive for THC, the main psychoactive element in marijuana.

The chief stereotype about skateboarders is that they’re also stoners, but that’s going to have to change now that skateboarding is an Olympic sport.

Because skateboarding is joining the Olympic program at Tokyo 2020, anti-doping organizations around the world have started drug testing competitors.

And now we have what appears to be the first suspension of an American skateboarder.