Hot off the press cannabis, marijuana, cbd and hemp news from around the world on the WeedLife News Network.
3 minutes reading time (533 words)
Featured 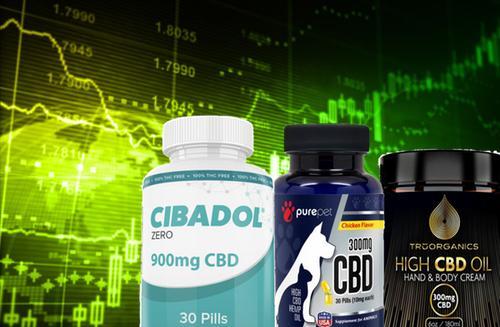 ORLANDO, FL / ACCESSWIRE / August 10, 2017 / More than 1000 new CBD businesses join the WeedLife Network, a wholly-owned property of Social Life Network, Inc. (OTC PINK: WDLF), over the past year. That's up from 100 the previous year. The CBD industry is wheels up, and taking off!

The WeedLife Social Network has more CBD and Hemp companies from around the world using it to connect, educate and market to consumers than any other website or app online. This puts WeedLife.com at center stage for the fastest growing and eventually the largest market in the world, Cannabidiol (CBD).

Industry experts believe that the sale of CBD infused products, aimed to help everything from skincare to pain management, will dwarf the THC industry by more than 1000% in time. The question on the minds of businesses that have now focused on supporting this next great health movement around the world is how much larger and when. Matt Karnes of Greenwave Advisors predicts at least a $3 Billion U.S. marketplace by 2021, in a Forbes article in mid-December 2016.

Shawn Tapp, CEO of Social Life Network, Inc., the social network technology that operates WeedLife.com feels the experts now need to recalculate their estimates up. Tapp thinks that with the radical increase of new CBD focused businesses from around the world that are using their social network to focus on educating consumers, means the consumer demand will drive the sales much higher than previously estimated.

He adds that for the past six months, their development team has been quietly working on technology that will cater to this new audience, and they aim to heavily monetize this international consumer traffic and worldwide business participation on their WeedLife Social Network.

WeedLife.com is part of the WeedLife Network™ which is a wholly-owned property of Social Life Network, Inc. which trades on OTC Markets under the symbol: WDLF (http://www.otcmarkets.com/stock/WDLF/). Social Life Networks, Inc. (http://social-life-network.com/) is an American for-profit corporation and an online social media and social networking service, based in Denver Colorado. The founders initially launched their social network platform in the emerging cannabis and hemp industry in 2013, but have expanded it to meet the growing demand for niche social networking in the real estate industry and a myriad of sports verticals. Their social networking platform can be accessed by over 120 countries, and is translated in to 10 languages. More information can be found at http://www.social-life-network.com.