Hot off the press cannabis, marijuana, cbd and hemp news from around the world on the WeedLife News Network.
4 minutes reading time (794 words) 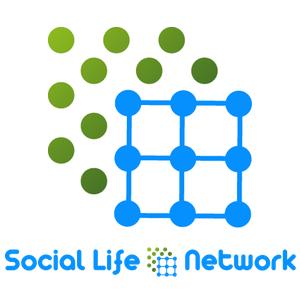 Mr. D. Scott Karnedy, the current CFO as well as Mr. Kenneth Granville, Mr. Leslie Bocskor and Mr. Tripp Keber. Each member was chosen for their vast knowledge and experience in the semantic intelligence, cannabis and digital media space.

"We are thrilled to add such distinguished members to Social Life Network's Board,'' stated Mr. Ken Tapp, Chief Executive Officer. ''Mr. Karnedy has been a valued asset to our Company and has played an important role as our Chief Operating Officer. Additionally, Mr. Granville, Mr. Keber and Mr. Bocskor bring invaluable knowledge pertaining to the machine learning, fintech and the cannabis industry, as well as years of leadership experience that we look to utilize. I am very confident in adding this diverse group of professionals to our family and foresee it having huge benefit to our organization and shareholder value going forward."

D. Scott Karnedy serves as Social Life Network's COO and served as an officer or Vice President of sales and marketing for digital media and Internet companies since 1998. Mr. Karnedy is digital media expert and served as VP of Sales of AOL, Senior VP of Sales and Marketing of SiriusXM and was the Senior Vice President of Global Sales of Myspace. He was the Chief Revenue Officer of Technicolor and Indiewire Snag Films. Mr. Karnedy was the Founder and CEO of Valhalla Advisors.

Tripp Keber is widely considered one of the most prominent and well-known business leaders in the cannabis industry. Additionally, Mr. Keber is recognized as a branding expert in the adult use and medical cannabis spaces. He is the co-founder and former CEO of Dixie Brands, Inc., a cannabis centric branding company, known worldwide for its namesake cannabis-infused beverages, Dixie Elixirs, Aceso and Therabis, Dixie's human and pet CBD wellness brand platforms respectively as well as hundreds of other cannabis products. Mr. Keber has served as a Director for several cannabis industry organizations, including National Cannabis Industry Association, Marijuana Policy Project, & National Association of Cannabis Businesses. He has also held many senior and C-level positions in realty, communications and other industries.

Leslie Bocskor is the President and Founder of Electrum Partners. Electrum Partners is known as a pioneer in the cannabis industry as a global cannabis business advisory and services firm. He is also the Vice Chairman of GB Science, Inc. one of the leading publicly traded life science companies in the legal cannabis industry. As well, he was one of the first investment bankers to focus exclusively on the internet and new media in the mid to late nineties. Mr. Bocskor has extensive experience working in cannabis space even being dubbed the "Warren Buffet of Cannabis" on CNBC.

Kenneth Granville is the Cofounder and CEO of MindAptiv. MindAptiv, established in 2011, enables machines to adapt to humans through semantic intelligence, the next generation of machine learning that translates human meanings for generating functional code on-the-fly. He has also held various operations and engineering positions at the USAF, Lockeed Martin and then L-3 Communications from 1980 to 1992, 1992 to 2003 and 2003 through 2008 respectively. Mr. Granville has an extensive knowledge background in signal intelligence, cyber security, systems networking, enterprise architecture, computing platforms, as well as artificial and semantic intelligence.

Social Life Network is an American for-profit corporation and an online social media and social networking service, based in Denver Colorado. The company launched their first social networking platform in the emerging cannabis and hemp industry in 2013, and has since launched an e-commerce social networking version of its platform to target the residential real estate industry and multiple sports verticals including Hunting, Fishing, Tennis, Soccer, Cycling and Golf. https://www.social-life-network.com/

This news release may include forward-looking statements within the meaning of section 27A of the United States Securities Act of 1933, as amended, and section 21E of the United States Securities and Exchange Act of 1934, as amended, with respect to achieving corporate objectives, developing additional project interests, the company's analysis of opportunities in the acquisition and development of various project interests and certain other matters. No information in this press release should be construed as any indication whatsoever of the Company's future financial results, revenues or stock price. These statements are made under the "Safe Harbor" provisions of the United States Private Securities Litigation Reform Act of 1995 and involve risks and uncertainties which could cause actual results to differ materially from those in the forward-looking statements contained herein.