Studies have found links between genetics and the ways in which people react to marijuana.

Marijuana is a widely used drug yet it remains unpredictable. Seasoned users can usually manage the effect that marijuana has on them, while also staying calm during an unpredictable high. For newcomers, however, it’s different; novice users usually can’t predict how the drug will affect them, whether it’ll lead to a paranoid high or giggle fest.

Science says your genes might play a part in how your body reacts to cannabis.

Cannabis functions by binding itself to the cannabinoid receptors in our bodies, which are located in our cells, containing our individual DNA. Mutations in CB1 or CB2 receptors can make you more vulnerable to different illnesses, such as Chron’s disease or anorexia. These changes could also impact how your cells bind to different molecules including the ones in cannabis.

In a 2019 study, published in the journal Nature Neuroscience, researchers found that a variable in the gene CHRNA2 could increase the risk of becoming addicted to cannabis. Cannabis addiction is something that’s not all that understood, with many people doubting its existence. Symptoms of marijuana withdrawal include depression, irritability, a higher heart rate and more.

While this gene doesn’t indicate whether or not someone is a marijuana addict, it does increase the odds of these kinds of responses to heavy use of the drug. 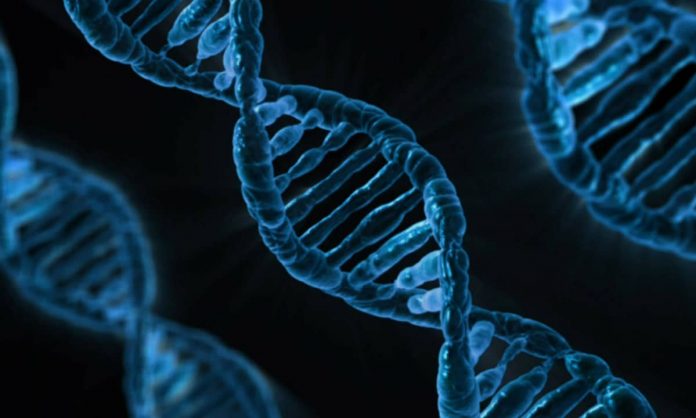 All of this means that when sharing a bong or a joint with friends, a few of them can have slightly different reactions depending on several factors including their genome, personal experience with the drug and the strain they’re ingesting.

Genes are extremely complex. Although we’re born with some genetic mutations, other mutations can occur due to the things we’re exposed to throughout our lives, such as the foods we eat, the germs we interact with, our levels of stress, and more.

There’s a lot we don’t understand about cannabis and its impact on our genes, but there’s a lot of possibilities once you start playing around with these variables, hopefully resulting in more medicinal and recreational effects of the drug.

CBD vs. THC – Helping You Choose Your Favorite Can...
How To Use Cannabis To Combat PMS Symptoms - Canna...