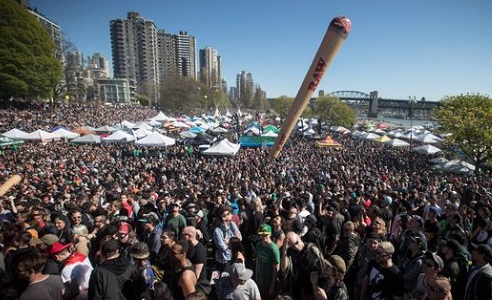 The city’s first 4/20 event since Canada’s legalization of recreational cannabis drew a record turnout on Saturday despite more pushback than usual.

As some 60,000 people flooded the grounds of Vancouver’s Sunset Beach and plumes of marijuana smoke rose from the crowd, John Coupar wandered the periphery of the unsanctioned 4/20 event and surveyed the assembly with disapproval.

The Park Board commissioner snapped a photo of a sign affixed to police surveillance cameras and uploaded it to Twitter: “All suspicious activity is reported to the Vancouver Police.”

Generation Z Americans will be the Ultimate Cannab...
Michigan County says no to drug tests for employee...