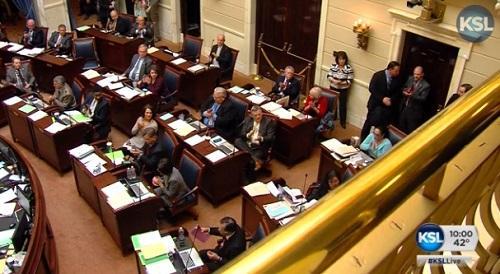 The legislation now goes to the House where advocates of the proposal believe it has a good chance to pass.

SALT LAKE CITY — Tears filled Enedina Stanger's eyes as she watched the Utah Senate pass a controversial medical marijuana bill that she says won't help her but would help thousands of Utahns.

"This is such a miracle." Stanger, who has a rare connective tissue disorder called Ehlers-Danlos syndrome, moved with her husband, Michael, and two young daughters to Colorado last December for access to medical cannabis.