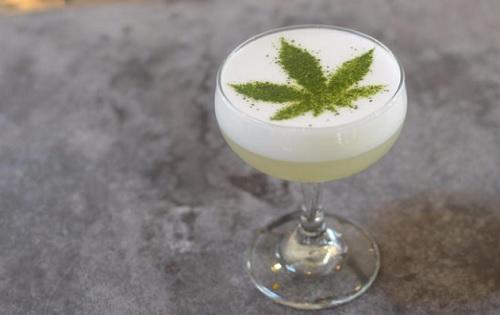 The essence of the pot tincture used in the cocktails is called CBD, the lesser-known of the two most prevalent cannabinoids in weed.

Bartender Jason Eisner at Gracias Madre has taken a big stride for Los Angeles cannabis culture by launching weed cocktails at the organic, plant-based Mexican restaurant in West Hollywood and Gratitude, the upscale offshoot of Cafe Gratitude, in Newport Beach.

While there has been plenty of underground experimentation with infusing cocktails with pot, Eisner is using a 100% organic cannabinoid oil he’s buying direct from a producer in San Diego, in three cocktails.

Any guests of legal drinking age at Gracias Madre or Gratitude can partake — medical marijuana card not required.