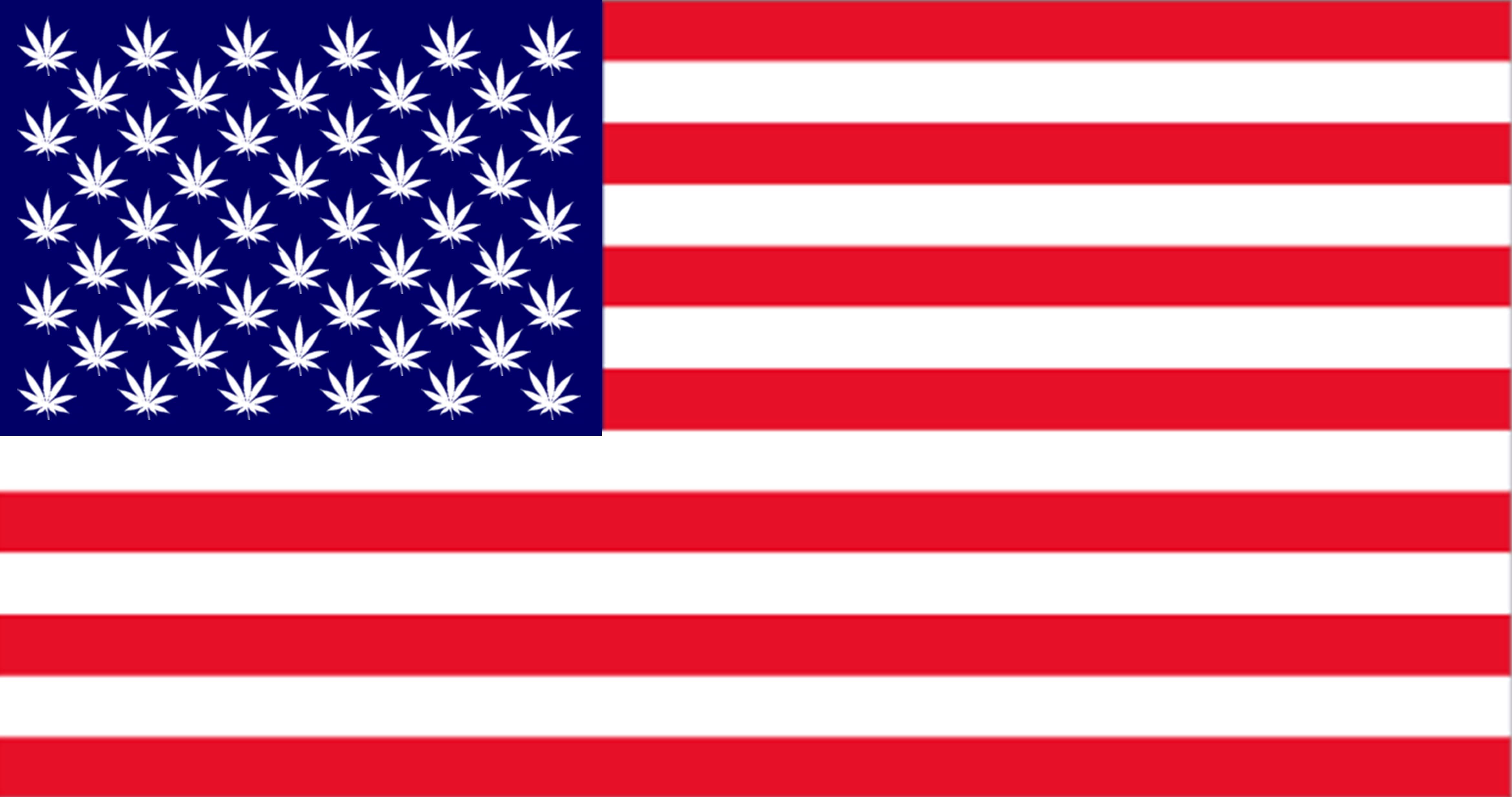 Lisa Rough ~ Leafly
Extra Extra! Hear all about it! News just broke that two powerhouse politicians for cannabis progression have taken it upon themselves to submit bills that would end the federal prohibition of cannabis and we are fully on board!
~
More and more states are pushing for decriminalization and, if all goes well, we could see federal framework for legalized cannabis nationwide before the end of the year. Let’s check out what’s happening in the cannabis movement this week:

Colorado State Representative Jared Polis and Oregon Representative Earl Blumenauer have introduced two bills on a federal level that would legalize and tax retail cannabis – finally! Polis' federal “Regulate Marijuana Like Alcohol Act” would remove cannabis from the Schedule of Controlled Substances and would leave all regulation rights to the state government – it would not force any states to legalize that do not wish to, but it would provide the federal regulatory framework for the states that do. Blumenauer's "Marijuana Tax Revenue Act" would impose a federal excise tax on retail cannabis sales, as well as an occupational tax for cannabis businesses.
Rep. Blumenauer released a statement with the proposed bill, saying that the “federal prohibition of marijuana has been a failure, wasting tax dollars and ruining countless lives… It is imperative that the federal government become a full partner in building a workable and safe framework.” Beautiful words, a moving statement….Excuse me, I have something in my eye. Allergies, you know. *sniffle*

Under a revised version of Senate Bill 30 (House Bill 79), cannabis would no longer be considered a controlled substance in Alaska. The law has also been revised to include new fines and misdemeanor charges for certain cannabis-related violations, such as selling cannabis without a license, giving cannabis to anyone under the age of 21, possession of more than six plants, manufacturing cannabis extracts using explosive gas, and transporting more than one ounce of cannabis. Don’t forget – recreational cannabis will officially be legal starting February 24th! Mark your calendars, folks!

Representative Kevin Ryan proposed House Bill 5892, “An Act Concerning the Palliative Use of Marijuana for Children,” after being inspired by a family who has been affected by Dravet’s Syndrome, a seizure disorder. After watching their daughter try a number of anti-epileptic drugs with severe side effects and going through a long arduous battle to lead a normal, pain- and seizure-free life, the Meehan family asked for Rep. Ryan’s support and also gained the support of Senator Joseph Crisco, the vice chairman of the committee.
Connecticut has a medical marijuana program, but it is limited to patients 18 years of age and older. House Bill 5892 would lower the age limit and expand the number of plants allowed for home cultivation. Think of the children!

The Senate Health Committee recently held a hearing in Honolulu on Senate Bill 596, which would reduce the penalty for the possession of an ounce or less of cannabis down to a civil fine of up to $100. The town hall-style meeting heard testimony from various groups in the community using the 19 other states that have decriminalized cannabis without issue. Senator Josh Green passed the bill after making some amendments. Huzzah Hawaii!
ILLINOIS
A legal case in Illinois creates a whole new challenge for state lawmakers to consider and a non-profit company is at the center of the controversy. Shelby County Community Service runs an alcohol and drug treatment center, is a federally certified tax-exempt non-profit organization, and recently won a coveted cultivation license to grow medical marijuana. Shiloh Agronomics, a for-profit company, brought the lawsuit against Shelby County after Shiloh lost out on their bid for a cultivation license from the state. They, with their attorney Sean Britton, argue that, as a federally certified non-profit organization, they should not have been eligible to receive a license in the first place.
IOWA
After signing a CBD oil bill into law last year, Governor Terry Branstadt is considering new legislation that would expand medical marijuana in the state and allow for certain licensed businesses to distribute medical marijuana to those who need it most. Gov. Branstadt said he will consider it, particularly after testimony from veterans who described their struggles with PTSD, but that he would like to confer with Illinois Governor Bruce Rauner, who is now tasked with overseeing the new Illinois Medical Cannabis Pilot Program.

Michigan lawmakers have introduced a full four new bills that seek to clarify the murky waters of Michigan’s medical marijuana program. One would allow “provision centers” to provide safe access points for patients, but would also allow for regulatory measures such as annual health inspections and required lab testing. Two companion bills would allow for the various forms of cannabis that are currently restricted, such as edibles, concentrates, and cannabis-infused topical treatments, and the final bill would clarify that cannabis flower is not the only form of marijuana allowed.
I'm glad to see these lawmakers back in action but they faced continued resistance in the state, which has had a long and troubled history with maintaining safe access for medical marijuana patients, not to mention offering legal protection to medical patients – just ask the corrections officers with valid medical marijuana recommendations currently facing charges for the possession of homemade cannabis butter.

New Hampshire has a new decriminalization bill up for debate! House Bill 618-FN would reduce some harsh penalties for the possession of cannabis, which currently could potentially land you in jail for one year with a fine of up to $2,000. Under the proposed law, adults found with an ounce or less of cannabis would be subject to a $100 fine, with anyone under the age of 21 facing a suspended license. Teenagers would face the dreaded “parental notification,” as well as community service and participation in a substance abuse program (which is still infinitely better than a criminal charge on your record for the rest of your young life).

New Mexico’s medical marijuana program may be facing some major changes. A hearing officer’s recommendations include dropping a proposed requirement for patient fingerprinting – an unnecessary and invasive procedure. There was also a recommendation to increase the allowable concentration of THC in cannabis for patients – a much more reasonable proposal.
The hearing officer, attorney Susan Hapka, penned the recommendations for the Medical Cannabis Program of New Mexico after listening to hours of testimony from patients and providers during a public hearing, but there is no set timeframe on when these changes may be finalized. It’s all in the hands of the Health Department now!

Representative Pam Anderson of Fargo, fulfilling her civil duty to the public and listening to a request from one of her constituents who suffers from chronic pain, submitted a bill to legalize medical marijuana in the state of North Dakota. It is with the heaviest of hearts that I must report that the measure was rejected, despite hours of testimony from people suffering from chronic pain and from parents of critically ill children. Rep. Anderson, a freshman lawmaker, said in a powerful statement, “This is not a drug issue but a quality of life issue for the people of North Dakota.” Thank you, Rep. Anderson, for going to bat for your constituents!

Ohio’s cannabis legalization efforts have been hindered by a very unusual problem: each other! There are multiple groups hoping to bring legal cannabis to the Buckeye State and so far, none are backing down. The Ohio chapter for the National Organization for the Reform of Marijuana Laws brought the groups together in an attempt to have a “respectful and thoughtful” discussion on the topic, but it quickly became clear that the groups were all in competition to submit ballot initiatives with similar, albeit competing plans for legal cannabis in Ohio. Come on, Ohio, what did the Beatles teach us? Come together! (Right now!)

Two Tennessee lawmakers have introduced companion bills that would legalize the possession and casual exchange of up to half an ounce of cannabis. Anything over an ounce would become a misdemeanor charge with a $100 fine. The “casual exchange” working is some of the strangest we’ve seen in reference to cannabis, but hey, that’s progress and we’ll take it!

The Australian Medical Cannabis Users Association recently discovered the destruction of nearly 2,500 cannabis plants in Nimbin that were intended for therapeutic use. The plants had been destroyed by Australian police, putting pressure on the medical cannabis communities. Meanwhile, the New South Wales government has been grappling with cannabis supply issues during the first stages of clinical trials for the effectiveness of cannabis for medicinal purposes. The association called for police support from the union, attempting to alleviate the tension between the two groups. Police have had increased presence in the area under the code name Operation Saturation, conducting helicopter raids with a drug-testing bus in Nimbin, a town known as the medical cannabis capital of Australia. Such a shame, Australia.

Officials recently made the announcement that cannabis produced for medical purposes in Uruguay will now be cultivated to have higher levels of tetrahydrocannabinol (THC) than recreational cannabis and, as a result, will be more expensive than recreationally cultivated marijuana. For those who are unaware, this is quite unlike the current medical vs. recreational price trends in the United States, where the higher excise taxes cause recreational cannabis to be somewhat (occasionally significantly) more expensive than medical marijuana.
~
Tags:
WeedWorthy Marijuana Legalization News, WeedWorthy US News, Lisa Rough,
The Growing Hemp Industry Worries Some Marijuana G...
Can You Get High From a Marijuana-Laced Lip Balm?