Hot off the press cannabis, marijuana, cbd and hemp news from around the world on the WeedLife News Network.
3 minutes reading time (516 words) 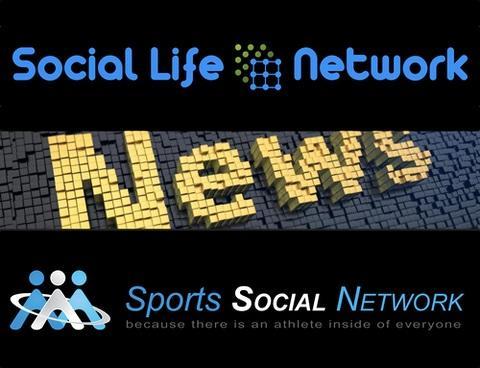 Shawn Tapp, CEO of Social Life Network, Inc. and a 20 year veteran of the digital media, with roots in the real estate industry from 1995 through 2012, announced the 2 year license agreement for $125K annually, with an automatic annual extension valued at 20% of the profits. Under the agreement, Social Life Network will build, service and aid the Real Estate Social Network company in growing it's social network platform internationally.

Sports Social Network's CEO, Lynn Murphy, shared that he will start by targeting the enormous international hunting and fishing industry, that has been slow to adopt ecommerce and social media. Lynn notes that his company will focus on providing niche sports verticals with the social networking tools that better connect the professionals, and better educate the players and enthusiast. Lynn played Offensive Guard at BYU and went on to the NFL with the Dallas Cowboys, but was sidelined with injuries that have plagued him over the years, but also drove him to launch the Sports Social Network to use as a communication platform to help educate young athletes on injury prevention.

Social Life Networks, Inc. (http://social-life-network.com/) is an American for-profit corporation and an online social media and social networking service, based in Denver Colorado. The founders initially launched their social network platform in the emerging cannabis and hemp industry in 2013, but have expanded it to meet the growing demand for niche social networking in the real estate industry and a myriad of sports verticals. Their social networking platform can be accessed by over 120 countries, and is translated in to 10 languages.

More information can be found at http://www.social-life-network.com.