Hot off the press cannabis, marijuana, cbd and hemp news from around the world on the WeedLife News Network.
3 minutes reading time (667 words)
Featured 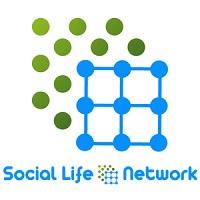 cannabis and hemp industry, announced today a general business update on the Company and a preview of upcoming events:

“We couldn’t be happier with the incredible growth of our WeedLife Network of websites, apps and service offering in 2016,” says Shawn Tapp, CEO and co-founder of Social Life Network, Inc. Tapp, a 21-year veteran of the digital marketing industry added, “I am most impressed with the speed, accuracy and flexibility of our development team, given the constant changes we experience in this rapidly growing cannabis and hemp industry.  We have also created a rich database of information to be mined by prospective and existing businesses using the latest techniques in Big Data Analytics and Artificial Intelligence for Consumer Behavior to maximize their advertising and marketing spend.”

Social Life Network CFO, Andy Rodosevich, estimates they have saved millions of dollars in development cost in 2016 and 2017 by spending the additional time and money on the development of their social network technology in 2014 and 2015. “We struggled with the decision early on, given the additional expenses and delays of going to market with many of our tech ideas, but decided in 2014 to spend more time on developing a technology platform so that could grow and change as fast as the U.S. and international community would need it to in the years to come,” said Rodosevich.

About WeedLife ®
TheWeedApp.com is part of the WeedLife Network™ which is a wholly-owned property of Social Life Network, Inc. which trades on OTC Markets under the symbol: WDLF.  Social Life Networks, Inc. is a group of over 40 free-to-use and subscription based social websites and marketing apps specifically designed to accelerate the growth of the cannabis industry and shorten the business learning curve for new companies entering the marketplace. More information can be found at http://www.social-life-network.com.

Disclaimer
This news release may include forward-looking statements within the meaning of section 27A of the United States Securities Act of 1933, as amended, and section 21E of the United States Securities and Exchange Act of 1934, as amended, with respect to achieving corporate objectives, developing additional project interests, the company's analysis of opportunities in the acquisition and development of various project interests and certain other matters. These statements are made under the "Safe Harbor" provisions of the United States Private Securities Litigation Reform Act of 1995 and involve risks and uncertainties which could cause actual results to differ materially from those in the forward-looking statements contained herein.