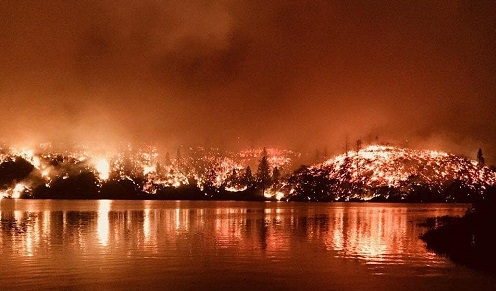 Burgeoning recreational marijuana industry is being hit by some of the worst fires in state history.

Less than a year after a series of wildfires in California destroyed more than 1.3 million acres, the Golden State has gone up in flames again, and is burning faster and bigger than ever before.

That’s devastating news for residents, many of whom were forced to evacuate their homes for the second year in a row, not to mention the 14,000 firefighters working day and night to contain at least 16 major blazes from spreading any further.

Also crossing their fingers for rain are the state’s many marijuana growers.

Social Life Network to Present at the 2018 Souther...
Ohio Is Having Trouble Finding Producers for Canna...