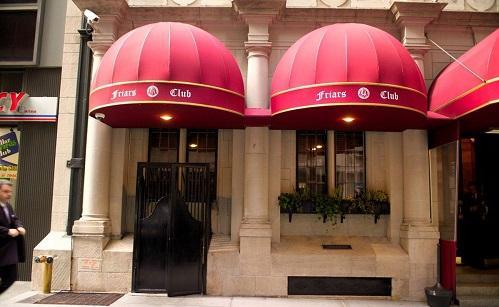 The event at the iconic showbiz club, called "Medical Marijuana: Weeding out Fact from Fiction," is being presented by the Cannabis Doctors of New York.

This is what we call a Friars Club Roast. The legendary midtown celebrity hangout is about to become a much easier place for upstart comedians to get a laugh, thanks to a medical marijuana Q & A that's slated for Jan. 19.

Confidential has received an early draft of a memo promoting the event that aims to educate its witty members including comics like Jerry Seinfeld, Jeffrey Ross, Billy Crystal and Whoopi Goldberg - granted, some of those folks may already know a thing or two about wacky tobacco.