Hot off the press cannabis, marijuana, cbd and hemp news from around the world on the WeedLife News Network.
1 minute reading time (113 words) 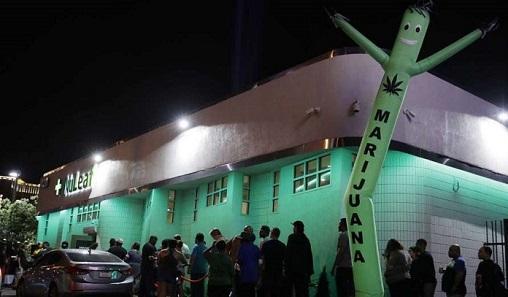 CARSON CITY, Nev. (AP) — Nevada's marijuana regulators have agreed to delay the expansion of distribution licensing to meet growing demand at pot retail stores until the state tax commission can hear another appeal from a group of state liquor wholesalers next week.

A Carson City judge lifted an injunction last week that had prohibited the Nevada Taxation Department from licensing anyone other than alcohol businesses to transport recreational marijuana from cultivators to dispensaries.

Judge James Russell said he had no authority to override the department's decision earlier this month that there weren't enough alcohol distributors to keep up with demand.