Hot off the press cannabis, marijuana, cbd and hemp news from around the world on the WeedLife News Network.
5 minutes reading time (1006 words)

Marijuana Is in the Air and on It 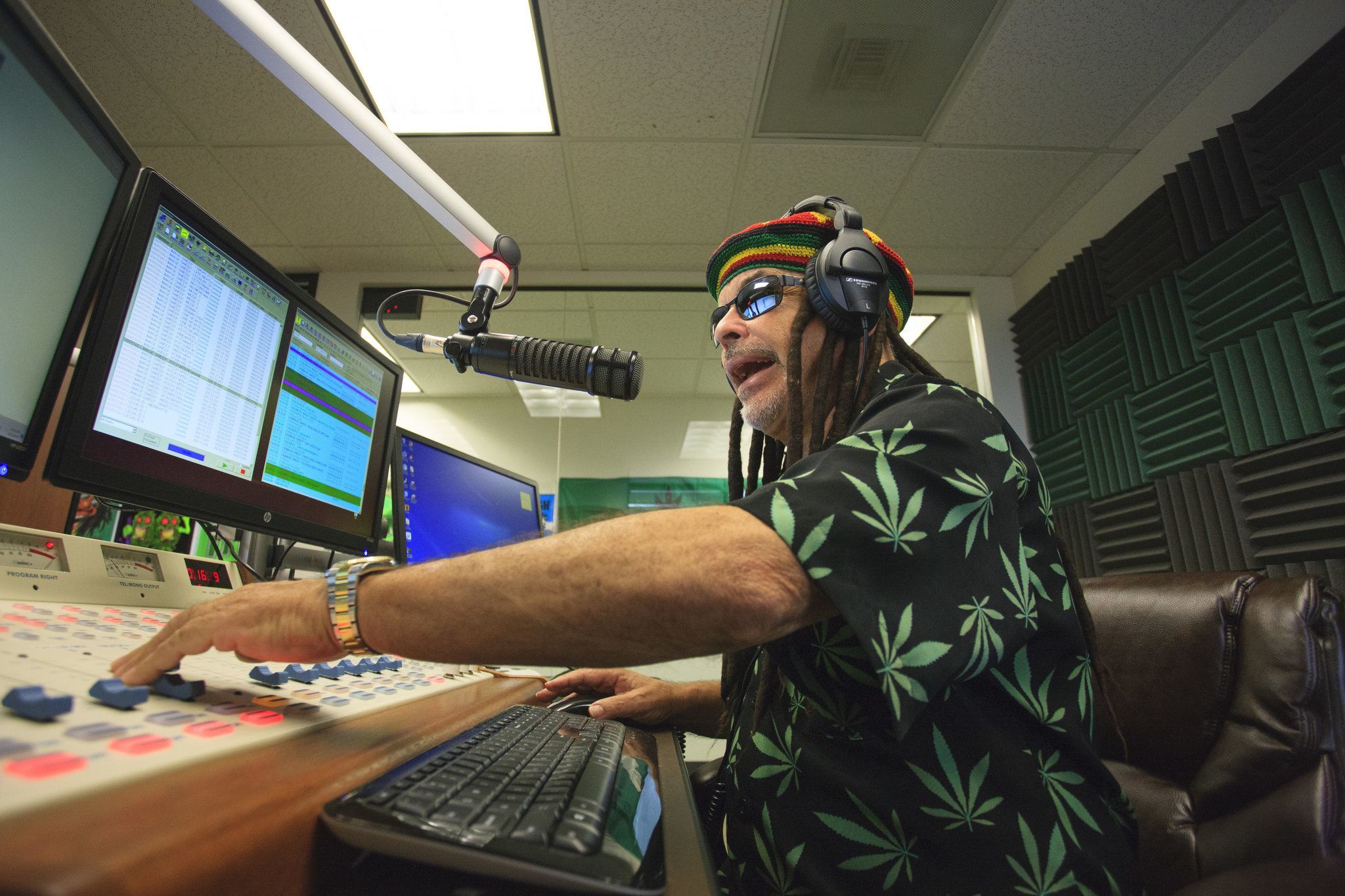 Julie Turkewitz ~ New York Times ~
A look at Colorado’s only pot-themed FM radio station, which made its debut June 1
~

DENVER — Some people who prosper in life choose to spend their hard-earned millions on private planes. Some buy a vineyard in Napa to indulge a love of wine. Some collect showpiece cars, or fulfill a dream of hiking Mount Everest.
Marc Paskin bought a radio station in Colorado and converted it to a marijuana-themed format.
“I was going to retire, and then I said: Wait a minute, that’s boring,” said Mr. Paskin, 66, a millionaire who made his money in real estate and has never been known as boring. In Hawaii, where he lived for a long time, he starred in a reality television show called “Uncle Kokua” in which he drove around Oahu in a van and distributed money to people in need. After his wife died, he searched for a girlfriend using a San Diego billboard. (It worked.)
And in May, he moved to Denver, bought a radio station for $875,000 and christened it Smokin 94.1, declaring it the state’s only pot-themed FM station. Yes, the Grateful Dead get heavy airplay, as do the Rolling Stones and several reggae artists. In addition to classic rock and music to get stoned by, the station plays marijuana-laced comedy bits. It made its debut on June 1.
“This is my million-dollar toy,” Mr. Paskin said.
He is not just the owner but also the on-air talent: As Gary Ganja, he is the regular afternoon D.J. In the studio, he wears flip-flops, a Bob Marley wig and a Rolex. At the mixing board, though, he’s cannabis-free. “I want to pay attention,” he said, “with all those controls and everything.”
Comedy bits include “Dead People Who Smoke Pot.” (Mr. Paskin to a fake James Brown: “James, how are things in that coffin?” Fake James Brown: “I smoke weed every day. I smoked it by the pound. That’s why I was so hot on stage.”)
“Stoner Dating Game” is a call-in stunt. And “Presidents on Weed” features phony conversations with leaders who have admitted to trying marijuana.
Other on-air hosts have also adopted station-appropriate pseudonyms: Ed Blaze, Mary Jane, Billy Blunt and Stoney Reynolds, who was recruited from a station in Chicago.
Internet-streamed programs focusing on pot have existed for years. But in starting a cannabis-themed FM radio station, Mr. Paskin is trying to succeed with a largely unexplored model. The legalization of recreational marijuana in Colorado has prompted a flurry of entrepreneurial activity — the marijuana critics, the pot-friendly hoteliers, and the founders of CannaCamp, a new “bud and breakfast,” among them — but few have dared to enter the AM and FM radio world.
“There’s a courage factor,” said Chuck Lontine, a former investment banker who advises corporations seeking to acquire radio stations in Colorado and beyond.
Several major companies have considered all-pot formats, Mr. Lontine said, and all have gone running once they heard the risks. Federal rules on marijuana-themed radio are “fifty shades of gray,” he said, and there’s always a chance that the Federal Communications Commission will revoke a license. All forms of marijuana use remain illegal under federal law. Attracting advertisers would be a challenge, he said, since anyone from a dental office to a Walmart might decide to stick with a safer option — like a top-40 station that plays Taylor Swift songs.
At least two other stations in Colorado experimented briefly with marijuana-centric formats, but quickly left the air. One, K-High, had a run this spring on AM 1580 out of Colorado Springs. But when the man leasing the station died, his children quickly dropped the radio license, said Len Williams, the station’s operations manager (though K-High continues to stream on the Internet).
But Mr. Paskin said his deep pockets free him from the need to turn a profit. He has already given away millions, both as “Uncle Kokua” and in an appearance on another TV show, “Secret Millionaire.”
For now, the station is commercial free. And he believes he’s in the legal clear.
“I’m bringing back the old days of radio,” Mr. Paskin said. “Radio has become boring, it’s corporate-controlled, every station sounds alike. If you tell a weird joke, they’ll fire you.”
Smokin 94.1’s studio, in east Denver, is decorated like a college dorm room, with pot-themed posters, the largest of which features Cheech and Chong. On a recent weekday, Mr. Paskin mixed rock hits — AC/DC, Van Halen — with recordings from his repertoire of funny bits.
Calls came streaming in. “Smokin 94.1,” he said, responding to a call from a man who identified himself as D.Y. “So answer the question of the day — what do you like to eat after you’ve smoked or you’re stoned or whatever?”
The answer: Chocolate.
Mr. Paskin has posted billboards around Denver that promise "4:20 news and big hits" — 4:20 is a reference to marijuana — and feature a cartoon character in dreadlocks with a large joint hanging from his lips. The station’s website displays similar imagery.
He has received both praise and criticism. Scott Greene, a former president of a cannabis legalization and advocacy group called Mile High Norml, said the station’s lazy-stoner vibe promotes an outdated notion of the state’s marijuana users, who include mothers, high-level executives and even children on medical treatment. Mr. Greene said he took particular offense to the station’s cartoon stoner.
"It’s ignorant stereotyping," Mr. Greene said, calling the station’s hosts "so out of touch that they still think that image is O.K."
Mr. Paskin responds to critics by urging them to relax.
"Some people want to be real sophisticated," he said, after passing the microphone to the evening host. "But it’s like — big deal. You know what? This is comedy."
~
Tags:
Marijuana Entertainment, WeedWorthy Entertainment News, WeedWorthy Culture & Arts News, KHigh (KHIH-DB) Internet Radio, Cannabis Radio, broadcasting,
×
Stay Informed