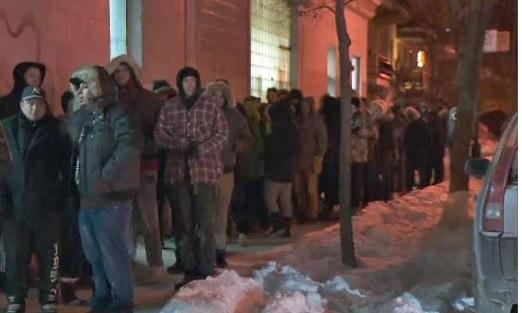 Pot enthusiasts lined up around the block in the cold temperatures right until closing time at several newly opened marijuana shops in Montreal Thursday.

Police did not intervene as the pot activists behind a dozen marijuana-selling stores in B.C. and Ontario opened eight locations in Montreal on Thursday, even if they weren't quite ready for business.

Marc and Jodie Emery urged police not to raid their illegal stores since the federal government was giving every indication laws regarding marijuana would be changed.

New Hampshire State Senate Democratic Leader: Time...
Op-Ed: This will be the next marijuana capital of ...