The Hemp Act of 2020 proposes four significant amendments to the federal laws currently governing the production of hemp, including increased THC concentrations.

As reported by Hemp Grower magazine, Senator Rand Paul of Kentucky introduced legislation on December 15 that would amend the definition of hemp from .3% THC to 1% THC. The bill would also make other major changes to the USDA’s interim final rule, which would affect hemp growers, processors, manufacturers, and shippers. The legislation is titled the Hemp Economic Mobilization Act (the “Hemp Act of 2020”). The Hemp Act of 2020 proposes four significant amendments to the federal laws currently governing the production of hemp.

First, the Hemp Act of 2020 would amend the federal definition of hemp by striking “.3 percent” and inserting “1 percent.” As hemp businesses know, the 2018 Farm Bill defines hemp as cannabis sativa with a delta-9 THC concentration of not more than .3 percent on a dry weight basis. The USDA then adopted a “total THC” testing requirement that further burdened growers and others in the industry.

As we wrote back in January 2019, the .3% threshold was created by a Canadian researcher in the 1970s who set a dividing line of .3% between hemp and marijuana for purposes of establishing a biological taxonomy. The dividing line was never intended to be used as a practical measure for countries to differentiate between hemp and marijuana for commercial purposes. We at the Canna Law Blog wholeheartedly support changing the threshold from .3% to 1%.

Second, the Hemp Act of 2020 would require testing of hemp-derived products rather than the hemp flower or plant itself.  The USDA interim rule requires that growers test hemp plants within 15 days of the anticipated harvest. As we have explained, this can prove an impossible obstacle for growers in some circumstances. The Hemp Act of 2020 proposes a significant statutory fix. Current law requires a State or Tribal plan to include a “procedure for testing . . . delta-9 tetrahydrocannabinol concentration levels of hemp produced in the State or territory of the Indian tribe” (italics added). The Hemp Act of 2020 would replace “hemp” with “products derived from hemp plants” (italics added again.)

This would be a huge change — essentially placing the onus for THC testing compliance on hemp processors and product manufacturers instead of growers. What is not apparent is how this change would affect hemp growers who do not sell their harvest to processors or manufacturers such as those who sell hemp flower direct to consumers. On its face, the proposed legislation reads as though such hemp (even in states where smokable hemp is legal) need not undergo any testing, unless “products derived from hemp plants” is interpreted to mean bucked and trimmed flower for sale to consumers. But this reading seems at odds with the intent of the proposed change as Rand Paul’s office describes the legislation as “Providing a statutory fix to this problem [the 15-day harvest testing requirement], by testing the final hemp-derived product rather than the hemp flower or plant itself, [which would] ease the burden on farmers.” We hope and anticipate this ambiguity would be addressed if the legislation moves forward.

Third, the Hemp Act of 2020 would require a seed certificate copy when transporting hemp from farms to processing facilities to certify the hemp was grown from seed containing not more than 1% THC on a dry weight basis. This would be a new requirement whose purpose is to protect shipments of hemp from seizure by law enforcement because the hemp appears to be marijuana. 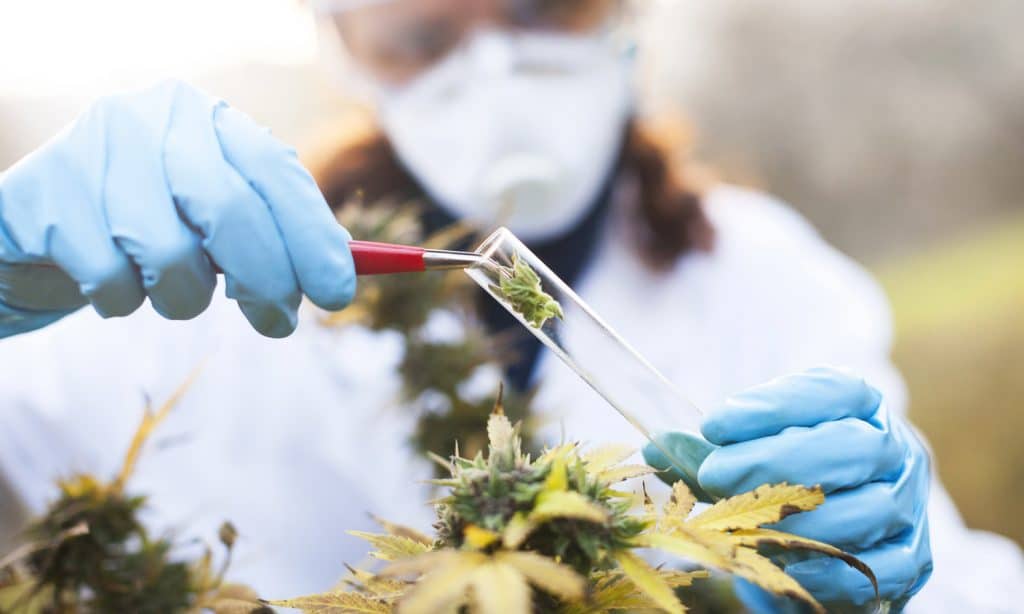 Fourth, the Hemp Act of 2020 would provide a statutory measurement of uncertainty (“MU”) in testing of not greater than .075% and give growers and processors more comfort. Presently, neither the law nor the interim rules provide clear guidance on the applicable MU, although the rules use an example of +/- .05%.

This issue goes to laboratory testing– labs must explain the MU associated with the test as part of determining whether a given sample is within the “acceptable hemp level.” The USDA gives an example: if a test results in .35% THC with a .02% MU, the range is .33% to .37%, so the sample does not meet the definition of hemp. Under the 2020 Hemp Act, a sample that tests at 1.074% THC may still qualify for hemp if the MU is .075%.

One significant issue not addressed in the Hemp Act of 2020 is the Liquid Chromatography Factor, 0.877. This goes to the requirement that hemp be tested for its total THC and how that should be done. You can read more about that here.

Nonetheless, all in all, the enactment of the Hemp Act of 2020 would be a boon for the hemp industry. You can sign a petition supporting the change from .3% THC to 1% THC here and, of course, contact your Congressional Representatives to express support for the bill.

For more on hemp-CBD and legislation and litigation impacting the industry in the United States and internationally, see

What Is The Most Cannabis-Friendly Social Media Platform Today?