You can build your own tiny hemp home, he’ll show you how - Cannabis News 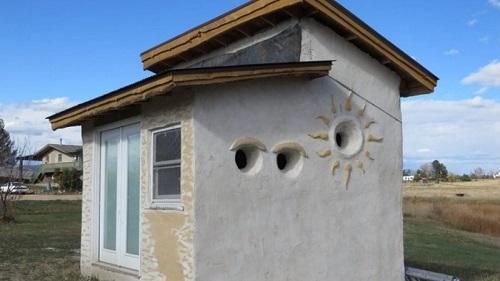 Use of hemp as a construction material is part of the revival of the crop in America, thanks to entrepreneurs who are thinking big — and small, including a Colorado firm that hosts workshops on hempcrete and builds tiny hemp houses.

Pity poor, politicized hemp: guilty by association due to its cousin, marijuana.

Both hemp and marijuana are varieties of the species Cannabis sativa L.

But unlike marijuana, hemp contains only trace amounts of the intoxicating chemical compound tetrahydrocannabinol (THC).

Hemp has been an agricultural crop for centuries, was grown in colonial America and had a U.S. revival during World War II.

The Future of Cannabis May Lie in Terpene Isolatio...
Georgia medical marijuana expansion bill signed in...

Willie Nelson credits Cannabis for change in his life

Ohio bill would relax penalties for drivers with THC in System

How can I smoke without stinking up the place?

Discovering the best in Cannabis tourism: Top cities and trends