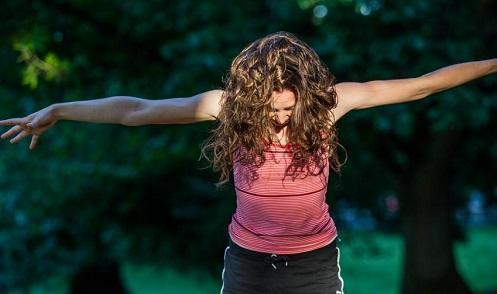 Hollie Hayes wheeled her bicycle into a tree-lined park in northeast Portland at the end of a long, hot spring day. She unrolled a brown paper bag from a backpack, and reached inside for a joint she’d rolled a couple of hours earlier, a strain of marijuana called “Animal Cookies”—the perfect choice for a sundown session of “yoganja.”

Hayes has been practicing yoga for the better part of a decade, and she’s been smoking cannabis for about that long too.

At some point, she realized the two go together nicely, especially as a treatment for the migraines that creep into her skull on a daily basis.

Now, she’s among a small flock of yogis around the country offering to share their discovery with students—provided they can navigate tricky rules about when and where it’s legal to practice yoga and smoke pot at the same time.