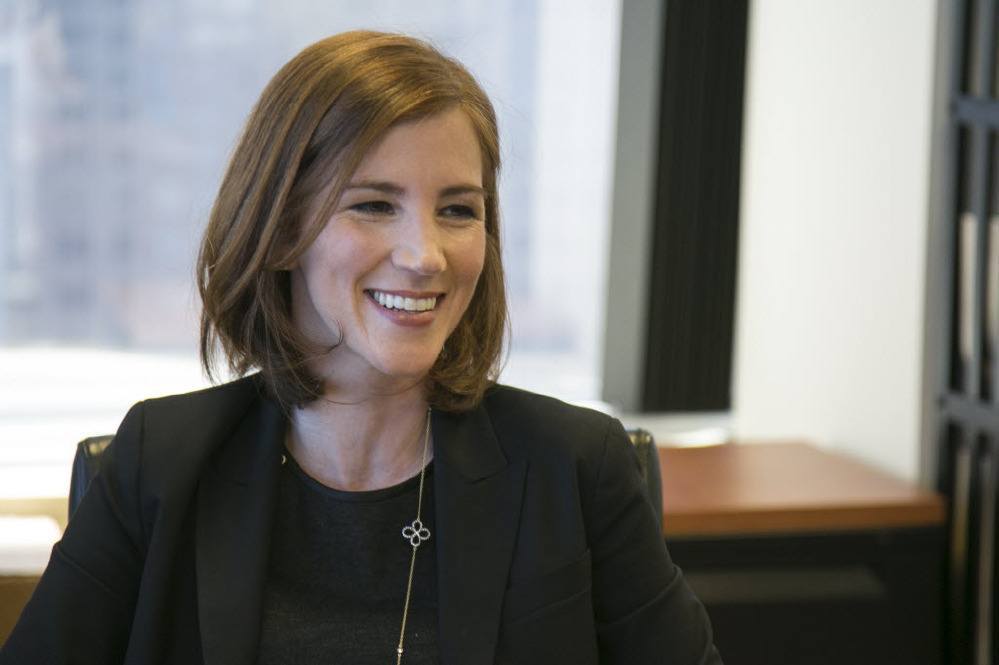 Becky Schlikerman ~ Chicago Sun Times ~
It’s an industry, they say, that’s too new to have a glass ceiling. And for many women, that’s a good reason to get into the booming legal marijuana business.

~
Click Here to watch the video
“There is no such thing as an old boys’ network in a new industry,” says Wendy Berger Shapiro, co-founder of a group called Illinois Women in Cannabis.
Berger Shapiro started the professional networking group with attorney Dina Rollman last August to “get women at the starting line at the same time as the men,” Rollman says. “So they’re not playing catchup, and they’re leading the industry, shoulder-to-shoulder with the men.”
With Illinois having legalized medical marijuana, seriously ill people who qualify could be able to obtain legal weed as soon as this fall, some predict.
That has attracted entrepreneurs from all over the country who want to cash in on the green wave sweeping the nation.
Among them is Norah Scott, an owner and the chief human resources officer for Pharmacann, a company that’s been awarded two cultivation center permits by state officials and four for medical marijuana dispensaries.
There’s also Tanya Griffin, vice president of national expansion for Colorado-based The Green Solution and an owner in the Illinois venture, which has received two state license to operate dispensaries.
And Rollman, an attorney who left a commercial litigation law firm and opened her own cannabis-focused law practice. She also is the chief compliance officer for GTI-Clinic Illinois Holdings, which was awarded two cultivation permits and one dispensary permit.
There are lots of opportunities in the young and growing field, Rollman says, for lawyers like herself and also for people on the business end of things, in areas like accounting and marketing.
Berger Shapiro says marijuana farms and dispensaries need qualified workers quickly. So she and her partners started CannaMed Talent Solutions, a staffing and recruiting agency.
She estimates each cultivation center will eventually have up to 100 employees and that each dispensary will have up to 20 employees.
“You’re talking talking about over 2,000 to 3,000 jobs in Illinois,” she says. “I don’t know any other industry that is creating jobs at that rate in this state that desperately needs jobs and tax revenue.”
Berger Shapiro, 49, who  lives on the Gold Coast, describes herself as a “serial entrepreneur.” She has worked in banking and for tech start-ups including the travel website Orbitz and now owns a real estate firm. But she says she always has been interested mixing traditional medicine with alternative practices.
Griffin, 46, of Western Springs, also has had a whirlwind career, previously working as a lactation consultant for new moms and owning a kid’s clothing boutique, restaurants and now a pharmacy business in Hoffman Estates. She says women tend to manage the health care of their kids, husbands and elderly parents and “need to be leaders” when it comes to medicinal marijuana.
“We need to show that cannabis is not necessarily an evil gateway drug, but it’s doing a lot of good in the health care space,” she says.
Scott’s interest in medical marijuana is more personal. The 41-year-old from Oak Park had been a recruiter for high-powered firms but says the medical cannabis industry spoke to her. Her father suffers from a spinal condition and has been approved to use medical marijuana in Illinois.
“He is looking forward to the opportunity to see if medical cannabis can help him,” says Scott, whose husband, Teddy, is chief executive officer of Pharmacann.
Rollman, 42, of Highland Park, was interested in practicing in a new area of law and left her job at a firm about two months ago.
It’s not an easy industry to be in, according to Rollman and Griffin, who note that, despite laws in Illinois and some other states allowing the use of marijuana, the drug is still prohibited under federal law.
“There’s still a little bit of a stigma around cannabis,” Rollman says. “So, for some women, and especially moms, it can be uncomfortable to be public either as a medical cannabis user or as a somebody operating in the medical or non-medical cannabis industry.”
Also, she says, “I think because men have dominated the black market for marijuana, there might be a perception that women aren’t as knowledgeable about the product as men are. The more women get out there and see that there are a lot of other professional, responsible women involved in the industry that don’t fit the old ‘Cheech and Chong’ stereotype, I think they’ll feel more comfortable.”
~
Tags:
WeedWorthy Marijuana Legalization News, WeedWorthy US News, WeedWorthy Cannabis Industry News PharmaCann, Becky Schlikerman, Illinois Women in Cannabis, Wendy Berger Shapiro, Norah Scott, Tanya Griffin, The Green Solution, Dina Rollman, CannaMed Talent Solutions,
Growing number of celebrities cashing in on pot bu...
Marijuana Industry Struggles Against Tough Politic...