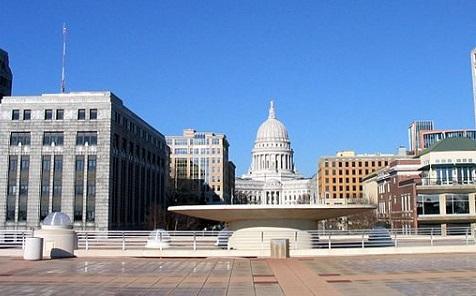 Wisconsin, the land that gave us Paul Ryan, Scott Walker and former sheriff Richard Clarke— malformed half-offerings from a higher power who ran out of copier toner and just gave up—is lagging far behind other nearby states in getting right with marijuana reform.

Instead of waiting on state lawmakers, a handful of Wisconsin cities are legalizing marijuana on their own.

Like everywhere else in the U.S., a majority of the citizenry in Wisconsin favors legalization -- and unlike nearby Illinois, Michigan, Minnesota and even North Dakota, Packers fans don’t enjoy so much as a workable medical marijuana system.