Hot off the press cannabis, marijuana, cbd and hemp news from around the world on the WeedLife News Network.
3 minutes reading time (684 words)

What The Latest Data Says About Cannabis, Drug, And Alcohol Use Among Young People

The latest data on national drug use and health shows that an encouraging trend took place among America’s younger demographic in 2020: pre-teens and teens showed far less interest in using inebriating substances like cannabis, alcohol, and other drugs.

According to data provided by the Substance Abuse Mental Health Services Administration (SAMHSA) published earlier this week in the latest National Survey on Drug Use and Health, the use of cannabis among young people fell significantly between 2019 and 2020.

There is plenty of data to show that the rate of cannabis use among youth has fallen consistently as more states legalize cannabis, so the continued drop in use doesn’t come as a surprise. Rates of underage drinking also fell in 2020, as did rates of illicit drug use, including the use of illicit drugs like hallucinogens and cocaine, and the misuse of prescription drugs.

While it seems plausible that the Covid-19 pandemic could be behind lower rates of drug and alcohol use among youth, one shouldn’t discount the growing influence of the sober-curious movement.

Breaking Down The Numbers: Cannabis

This is consistent with research that shows that teenagers are less likely to use cannabis when it’s legal, especially with so many states going the route of legalization in 2020.

Tobacco, Nicotine And Other Drug Use

Cigarettes have become less popular among Americans of all ages, and in 2020 youth were not excluded from that group, with lifetime tobacco product use among those aged 12 to 17 falling from 12.8 to 9.3 percent. 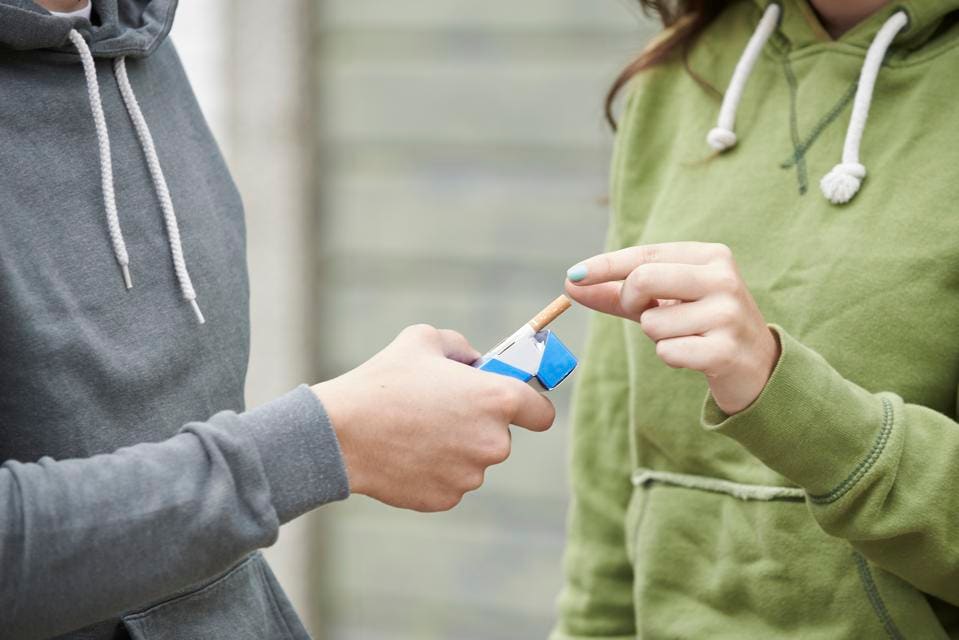 The same went for smokeless tobacco products and cigars. SAMSHA collected data for nicotine vaping for the first time in 2020, so it’s unclear whether vaping rates saw a similar decrease in use year-over-year. Data from the government’s National Youth Tobacco Survey published last month, however, showed that youth vaping rates have dropped from 27.5 percent in 2019 to 11.3 percent in 2021.

While they are generally not high among youth to begin with, it’s worth pointing out that the rates of use of drugs including cocaine, hallucinogens, inhalants, and methamphetamine also fell, as did the misuse of prescription drugs including stimulants and sedatives.

Alcohol Use Falls, But Higher Than The Rest

Like the other drugs mentioned above, young people used less alcohol in 2020, but given how common underage drinking is, it was still used at much higher rates than cannabis or tobacco.

There’s no doubt that the reduced consumption of any and all mind-altering substances among young people with developing brains is a good thing, but it’s not to say that these substances should be put on a level playing field: a study published earlier this year revealed that, for young people who already consume cannabis, abstinence from it can lead to increased alcohol use.

As we trade in the old ideals of the war on drugs for new ones that focus on harm reduction, these nuances are not to be overlooked.