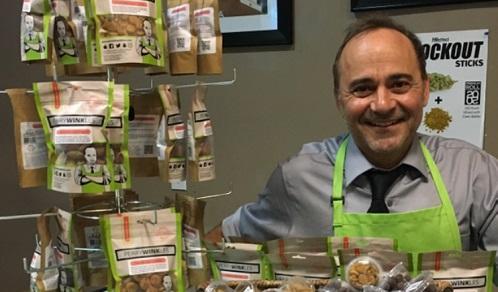 By the time his acting career had slowed, Perry Anzilotti had already learned how to extract THC from cannabis so that it could be used for cooking.

In the early ’90s, immediately after earning his MFA from CalArts, Anzilotti enjoyed the stuff of many actors’ vision boards: a lengthy and abundant career that included roles in shows like Coach, Cheers, and Seinfeld.

One may also recall Anzilotti from a series of commercials he did in the mid-’90s for Nabisco SnackWells cookies, wherein he, the SnackWells Man, was relentlessly pursued by women who were after his cookies.