Hot off the press cannabis, marijuana, cbd and hemp news from around the world on the WeedLife News Network.
4 minutes reading time (710 words) 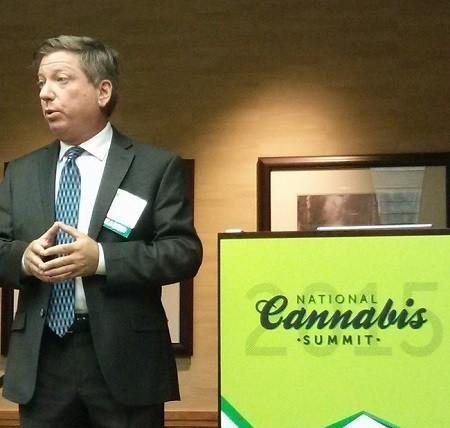 Bruce Kennedy ~ WeedWorthy ~
Denver’s Fourth Corner Credit Union launched last year as an answer to the legal marijuana industry’s inability to access financial institutions. But the Fed had other plans.

~
Anyone following the legal cannabis industry knows that one of the sector’s largest frustrations is its inability to work with banks and other financial institutions.
Those organizations shy away from transactions with legal marijuana companies due to the federal government’s prohibition on cannabis, which in turn forces most cannabis producers, dispensaries and other companies involved with legal weed to work on a cash-only basis.
There have been attempts to get around this problem; most notably by Denver’s The Fourth Corner Credit Union (TFCCU). That company was launched last November with the mission of becoming the “first financial institution dedicated solely to serving the cannabis industry.”
Fourth Corner has a charter from Colorado state officials, who say the cannabis industry’s cash-only economy is creating a public safety issue.
But the Kansas City Federal Reserve Bank, which has jurisdiction over Colorado, recently informed TFCCU it had not been approved for a so-called master account, the mechanism that allows credit unions and banks to interact with other financial institutions.
In response, Fourth Corner has filed a lawsuit in a Denver federal court against the Kansas City Fed, saying that without access to the  master account, “a depository institution is nothing more than a vault.”
One of Fourth Corner’s top officials, Executive Vice President Mark Goldfogel, spoke earlier this week at the National Cannabis Summit in Denver – and tried to boil down the major issues behind the legal cannabis industry’s banking problem.
“Everything about cannabis comes down to compliance,” he said. “And everything about compliance, when it comes to cannabis, is exceptionally dysfunctional when you’re talking about federal regulations and state regulations.”
Goldfogel pointed out that legal cannabis is currently the fastest-growing industry in the U.S. and is expected to be larger than the NFL, in terms of revenues, by 2020.
He also noted that, along with the 23 states (as well as Washington, D.C.)  that currently have some form of legalized cannabis, there are other states that allow low-THC/high-CBD cannabis oils for medical treatment and still others where industrial hemp, a non-intoxicating variety of cannabis, is legal.
Add them all up, Goldfogel told his audience, and you’ve got 42 states as well as the District of Columbia that are currently violating the federal Controlled Substances Act, which lists marijuana as a banned, Schedule One substance.
Along with that state-by-state momentum towards legalization there’s also the U.S. Justice Department’s so-called “Cole Memorandum,” that announced guidelines for states where marijuana is legal.
It also focused on the ‘enforcement priorities” important to the federal government: such as preventing the distribution of marijuana to minors, keeping sales revenue from cannabis out of the hands of criminals and stopping the diversion of legal marijuana to other states where it remains illegal.
But the problem with all that, says Goldfogel, was the federal government made all these cannabis-related guidelines and suggestions without offering the banks any immunity from federal prosecution. And that lack of immunity, he says, still leaves most financial institutions involved with cannabis businesses at risk of losing their essential federal insurance, while also vulnerable to being prosecuted under federal racketeering statutes or of having their assets seized.
Fourth Corner, concluded Goldfogel, was not created to be a safe haven for marijuana businesses. Instead, he added, it’s meant to be a “compliance-based financial institution that works in conjunction with government, to do exactly what the Justice Department said they want done in order to get this going: Follow the money, track the money, make sure it stays in the system, make sure the players are good players.”
Goldfogel also expects Fourth Corner’s federal court case will be heard before next year’s elections, when several more states are expected to vote on some form of marijuana legalization.
~
Tags:
WeedWorthy Marijuana Legalization News, Marijuana Banking, WeedWorthy Finance News, Weed Worthy Law & Crime News, reform federal marijuana regulation, Cannabis Banking Rules, Federal government, banking, banking and marijuana businesses, Marijuana Business Access to Banking Act, Fourth Corner Credit Union, Federal Reserve Bank, access to banking, Kansas City Federal Reserve Bank, Mark Goldfogel, Weedworthy Exclusive,
×
Stay Informed