The contentious issue of parents who smoke pot – Marijuana News 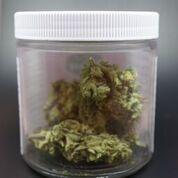 Parents who are even occasional weed users can face accusations of child neglect or abuse, and can risk losing their children as a result.

Police found no evidence of a physical domestic dispute when they raided the Napa, California, home of Shawnee Anderson and Aaron Hillyer in January, after a neighbor complained about a loud and potentially violent argument.

What the cops did find, though, was evidence of marijuana and paraphernalia in the couple's home—which, with an 11-month-old baby present, was concerning.

That both Anderson and Hillyer were licensed medical marijuana users under California law didn't matter.