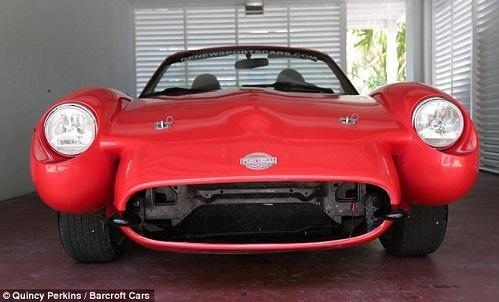 A sports car made from cannabis hemp could lead the charge in making carbon neutral vehicles.

Made from the chassis of a Mazda convertible, the cannabis car is bringing a new meaning to the phrase 'green machine' and could soon be seen on high roads around the world.

The man behind the car, Bruce Michael Dietzen from Florida, hopes his environmentally friendly automobile could help debunk the taboo behind the cannabis plant and its uses.

He said: 'Cannabis hemp is still considered a dangerous drug according to the government. It's considered as dangerous as heroin or cocaine - it's insane!'