The long-standing, negative stereotypes about cannabis consumers have contributed to a decades-long stigma that lingers to this date, even as legalization spreads across the world while birthing one of the fastest-growing industries of our time.

But new data out today, shared exclusively with Forbes ahead of its official release, aims to erase these harmful stereotypes forever.

Cannabis tech company dutchie recently conducted a study of 5,000 adult cannabis consumers from the U.S. and Canada, seeking to provide a more accurate understanding of the modern cannabis user. The data revealed that, contrary to the outdated “Dazed and Confused” depiction, today’s cannabis consumers are successful, motivated and health-conscious people.

“I smoke cannabis, advocate for it on a personal level, but I'm also an investor and entrepreneur. The opportunity in cannabis is clear, and this data highlights that consumers are highly educated, with more buying power than these stereotypes would have you believe,” Snoop Dogg, co-founder of Casa Verde Capital, an investor in dutchie, commented when prompted about the results.

According to the study, cannabis consumers are highly educated — 54% have a college degree or higher — and more are likely to participate in the workforce than the average American. 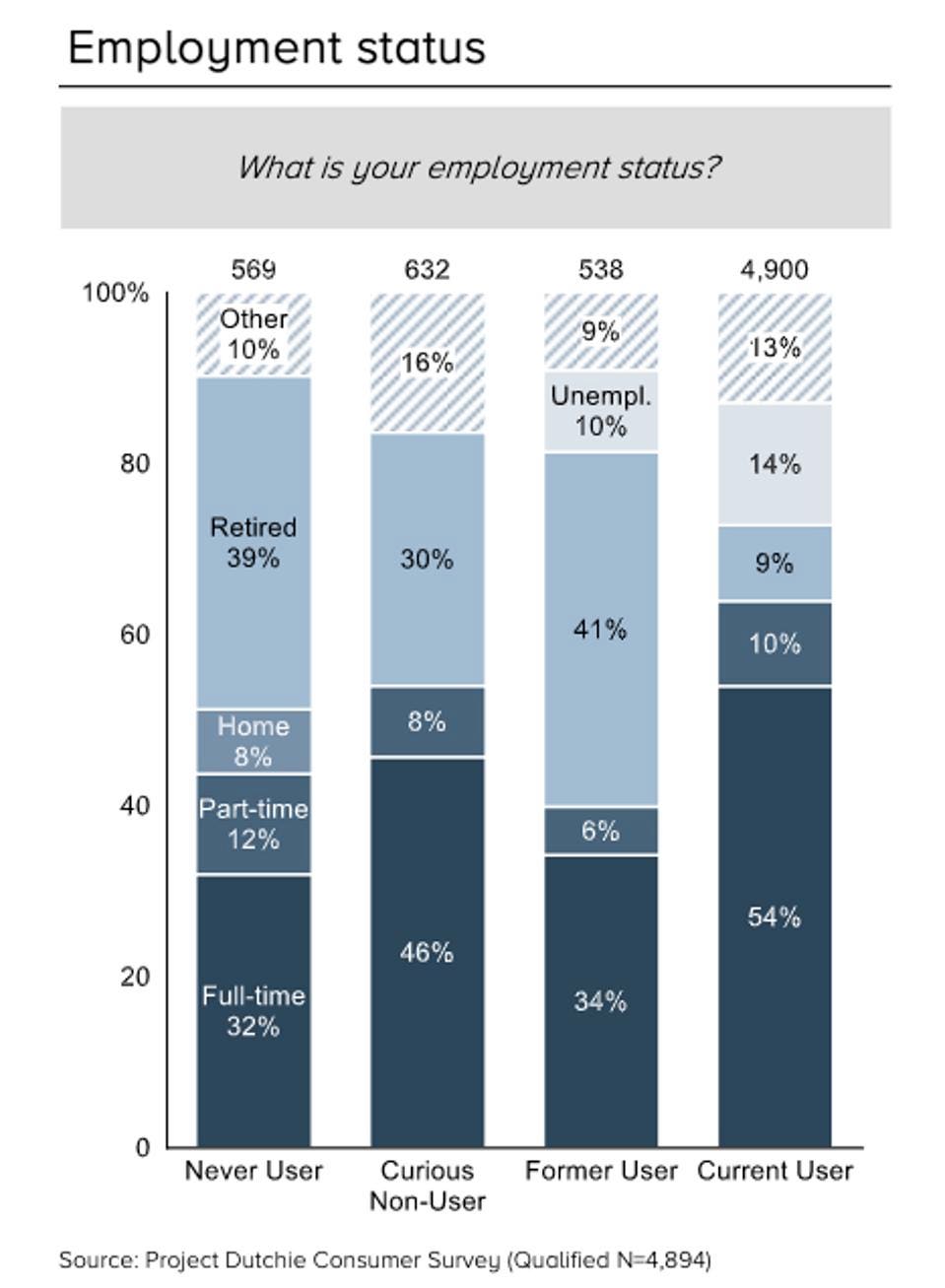 “It’s time to set the record straight once and for all. Negative stigmas around cannabis — not to mention overcriminalization — must be a thing of the past…. People use cannabis to relax and as a crucial element of a health and wellness routine, and we should encourage people to share the benefits cannabis brings for them.”

Cannabis consumers are also predominantly female, especially as conversations about women’s health expand to include using cannabis for relief from things like menstrual pain and to help with sleep or stress. 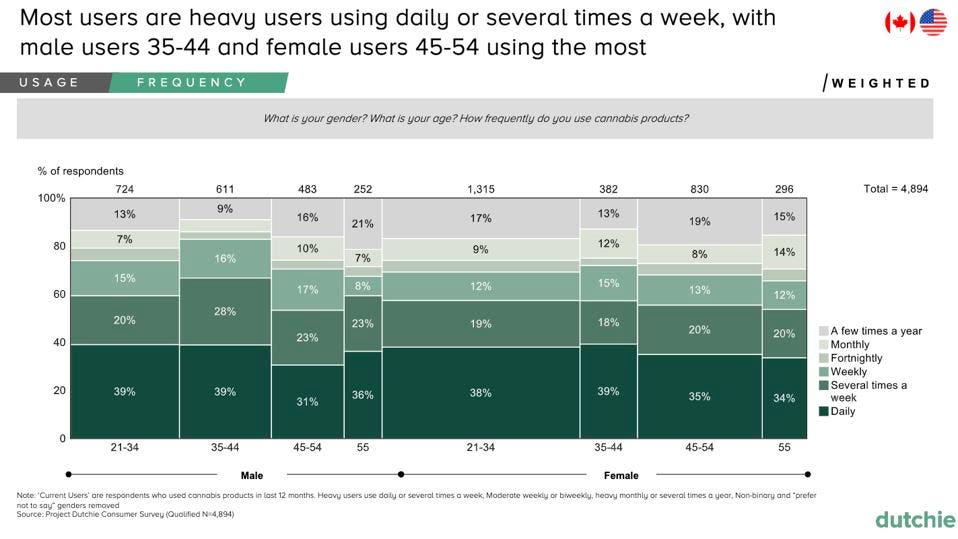 The myth of cannabis users as sedentary slackers is simply unfounded, the report suggests.

58% of respondents reported being physically active and enjoying hiking and sports. Furthermore, 57% called themselves health-conscious.

Overall, these people think cannabis is better for their health than alcohol or tobacco, and many consider it a part of their overall health routine.

How does the modern consumer want to get their cannabis?

Legally and through a safe, transparent, and convenient shopping experience.

55% of respondents look to dispensaries for that experience, while twenty-four percent prefer to shop online. The back-alley transaction has been replaced by touchscreens and trusted budtenders.

“Consumers want to buy cannabis legally and conveniently,” explains Lipson. “At dutchie, we’re building best-in-class technology to empower our dispensary partners to make cannabis accessible to all while opening people’s minds to the good that cannabis can do.”

Overall, the survey suggests that cannabis users are a diverse group of intelligent and hardworking contributing community members.

Cannabis users are friends, parents, grandparents, stress-relievers, medicinal users, and everything in between. The data paints a fuller picture of the modern consumer — one that should help normalize cannabis use in the mainstream as legalization spreads worldwide.

dutchie, recently raised a $200 million Series C funding round at a valuation of $1.7 billion. The round was led by Tiger Global, with participation from Dragoneer, DFJ Growth, Howard Schultz, and Snoop Dogg’s Casa Verde Capital.

The company, which processes 60% of all legal cannabis sales worldwide, also acquired Greenbits and LeafLogix to further bolster its point-of-sale and ERP solutions and is committed to spending over a $100 million in R&D in the coming years to build innovate products that will power dispensaries while promoting safe and easy access to cannabis.

Opinion: Does the cannabis industry have a double ...
FDA objects to Charlotte’s Web safety notice for h...

Step aside alcohol. There’s a new weedy vice in town

Alabama hemp growers must apply for license by today

5 Ways Cannabis Could Light Up Your Chanukah Celebrations This Year