Hot off the press cannabis, marijuana, cbd and hemp news from around the world on the WeedLife News Network.
1 minute reading time (156 words) 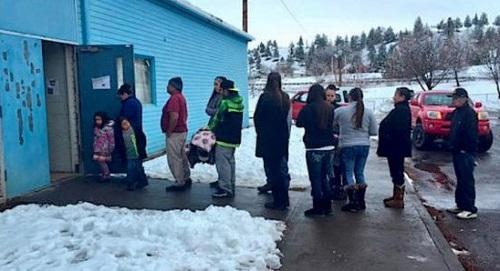 PORTLAND — Members of the Confederated Tribes of Warm Springs have approved a plan to build a facility to grow marijuana on their reservation in Central Oregon and sell it at tribe-owned stores outside the reservation.

The vote comes a year after a U.S. Department of Justice policy indicated tribes could grow and sell pot under the same guidelines as states that opt to legalize.

The tribe is one of the first in the country to enter the pot business.

Tribal officials said more than 80 percent of tribal voters favored the proposal: 1,450 of the 3,300 eligible voters turned out for the referendum Thursday.

Warm Springs’ plan is to build a 36,000-square-foot greenhouse to grow and process the cannabis.