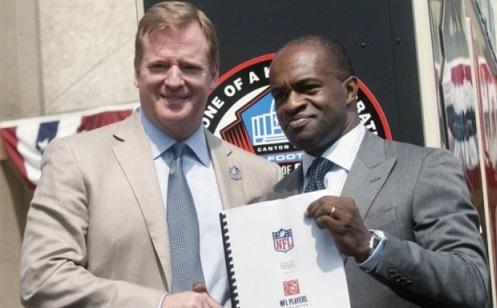 IRVINE, Calif. — The NFL has written to the NFL Players Association offering to work in tandem to study the potential use of marijuana as a pain management tool for players, according to people familiar with the situation.

It is the clearest indication to this point that the league may be willing to work cooperatively with the union toward such marijuana use, which is currently banned by the sport.

The NFLPA is conducting its own study and, according to those familiar with the deliberations, is yet to respond to the NFL’s offer to cooperate on marijuana-related research.