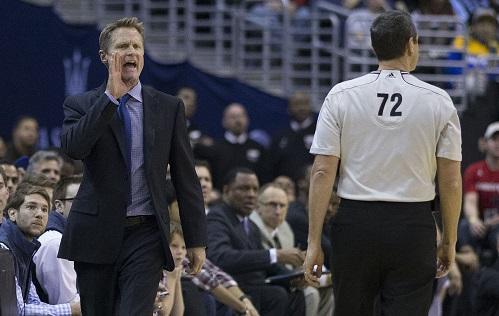 On Friday, Kerr became the latest high-profile sports figure to advocate for the use of marijuana as a way to deal with chronic pain.

Somewhat lost in the Golden State Warriors’ run to a league-record 73 wins last season was the fact that Coach Steve Kerr missed the first 39 of them.

Kerr sat out roughly five months recovering from multiple back surgeries after the Warriors won the NBA championship in 2015.