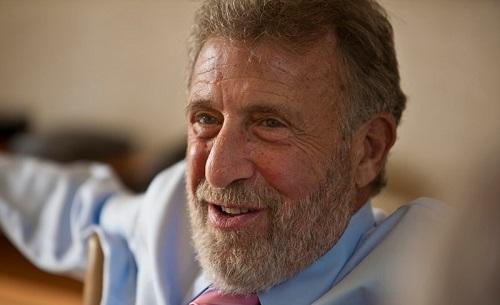 George Zimmer has launched a tuxedo rental company and is channeling his candor into marijuana activism.

George Zimmer has a penchant for speaking his mind. The 68-year-old serial entrepreneur was fired from Men's Wearhouse, the company he founded 40 years earlier, in 2013 over differences with the company's board.

"You know, one of the very small reasons — and I say small — would be that I tended to be kind of a renegade or somebody who said what he thought," Zimmer told Business Insider about his firing. "That made the board of directors increasingly uncomfortable."