Medical marijuana research comes out of the shadows - Cannabis News 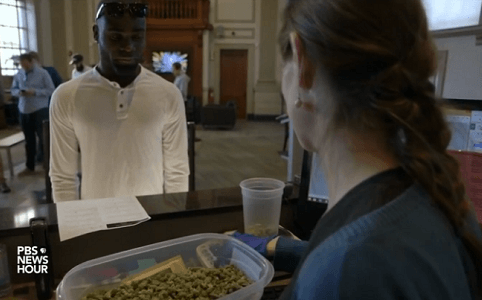 Researchers suspect cannabis can do so many things, from fighting cancer to easing concussions and Crohn’s disease. There are still tight restrictions but weed is increasingly coming into the scientific mainstream.

The New England Treatment Access, or NETA, dispensary in Brookline, Massachusetts, is housed in a Beaux-Arts bank building built in the 1920s, a cathedral of cannabis.

Paul Breeden has been coming here to treat chronic pain since the dispensary opened in February.