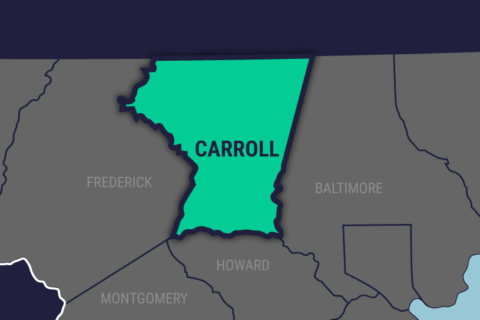 As efforts to legalize cannabis in Maryland ramp up, Democratic comptroller candidates are looking to create an equitable marijuana industry in the state.

Both of the declared Democratic contenders for comptroller, Bowie Mayor Timothy J. Adams and Del. Brooke E. Lierman (D-Baltimore City), have made legalizing cannabis — and building an equitable marijuana industry in Maryland — a central aspect of their campaigns.

Adams has repeatedly shared a graphic on social media that reads "legalize it, tax it, regulate it, educate people about it." Adams said he thinks tax revenue from recreational marijuana could be used to fund a host of reforms statewide.

"That will generate hundreds of millions of state and local tax revenue that we can invest in Maryland's most critical priorities from the funding of the Kirwan commission goals to public safety. affordable childcare, and our fight against climate change."

Adams also said legalizing recreational marijuana will mean the state can regulate those products and promote "safe and responsible consumption."

"That's so important, particularly as new consumers are coming into the market with no understanding of proper dosages," he said.

Lierman, who has pushed for cannabis legalization since her election as a delegate in 2015, said the state's marijuana prohibition has been burdensome for taxpayers and disproportionately affects communities of color. She said the state's next comptroller will be a "key partner" in helping burgeoning marijuana businesses navigate the complexities of operating under federal prohibitions.

Lierman also said she'll support Jones' workgroup during the 2022 legislative session. A focus of that workgroup will be making the state's recreational marijuana industry equitable and accessible to Black and Brown communities, which were disproportionately affected by the war on drugs.

A report from Pew earlier this year found that, in jurisdictions where marijuana is legal, minority entrepreneurs still face barriers when trying to start up a business in the expensive and unique marijuana industry.

Lierman said she would look to give Black and Brown-owned businesses "the resources, and understanding that they need to compete" in the marijuana industry as comptroller.

Where Lierman and Adams differ, however, is over who should be responsible for regulating legal cannabis in Maryland. Lierman says that industry should fall under the recently formed Alcohol and Tobacco Commission, whereas Adams wants to see that commission abolished and more power returned to the comptroller.

Adams, on the other hand, wants to see that full regulatory power returned to the comptroller's office.

"The ATC needs to be disbanded and basically have the regulation of cannabis as well as alcohol and tobacco to fall back under the duties of a comptroller," Adams said.

Marijuana legalization is overwhelmingly popular in Maryland, with a Goucher Poll earlier this year finding that 77% of registered Democrats and 50% of Republicans supported recreational cannabis.

Beyoncé Announced Her Next Move: Build a Cannabis ...
Family and friends mourn death of teen who inspire...