Marijuana: The latest battlefield between left and right in Idaho - Cannabis News 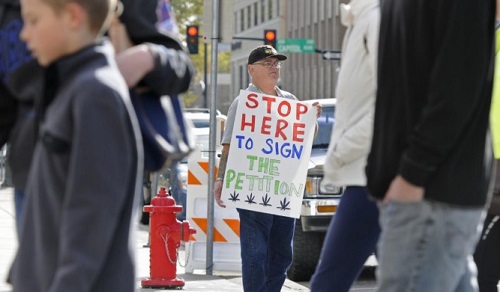 As more states legalize marijuana, whether to change Idaho's laws has been coming up more often in political debate and has become more prominent among the issues that divide the state's politicians and voters by party and ideology.

While Democratic gubernatorial candidates A.J. Balukoff and Paulette Jordan agreed on most issues, Jordan staked out a position to Balukoff's left on marijuana.

She supports medical marijuana and has said she favors decriminalizing marijuana possession and would support full legalization if the people back it by popular vote.

Jordan won the primary, and the Idaho Democratic Party amended its platform at its convention in June to call for legalizing both medical and recreational marijuana use.

Medical cannabis expected to be available in UK on...
Massachusetts cannabis chairman: Pot sales are ‘we...

Could Legalization of Marijuana be in Idaho's Future? - Cannabis News