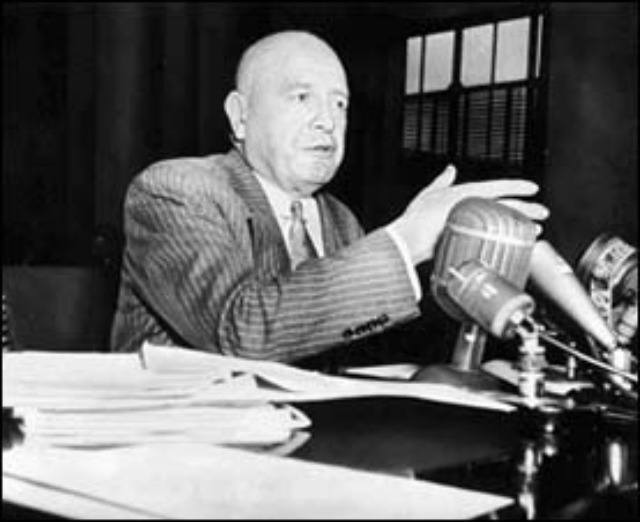 Jacob Sullum ~ Forbes ~
Next Thursday I am scheduled to debate Robert White, co-author (with Bill Bennett) of Going to Pot: Why the Rush to Legalize Marijuana Is Harming America, on Glenn Beck’s radio show.

~
Each of us will get half an hour or so to make his case before taking questions from Beck and each other. Here is what I plan to say:

A few days before the House of Representatives passed a federal ban on marijuana in June 1937, the Republican minority leader, Bertrand Snell of New York, confessed, “I do not know anything about the bill.” The Democratic majority leader, Sam Rayburn of Texas, educated him. “It has something to do with something that is called marihuana,” Rayburn said. “I believe it is a narcotic of some kind.”
That exchange gives you a sense of how much thought Congress gave marijuana prohibition before approving it. Legislators who had heard of the plant knew it as the “killer weed” described by Federal Bureau of Narcotics Commissioner Harry Anslinger, who claimed marijuana turned people into homicidal maniacs and called it “the most violence-causing drug in the history of mankind.” Anslinger warned that “marihuana causes white women to seek sexual relations with Negroes” and estimated that half the violent crimes in areas occupied by “Mexicans, Greeks, Turks, Filipinos, Spaniards, Latin Americans, and Negroes may be traced to the use of marihuana.”
Given this background, no one should pretend that marijuana prohibition was carefully considered or that it was driven by science, as opposed to ignorance and blind prejudice. It is hard to rationally explain why Congress, less than four years after Americans had emphatically rejected alcohol prohibition, thought it was a good idea to ban a recreational intoxicant that is considerably less dangerous.
It is relatively easy, for example, to die from acute alcohol poisoning, since the ratio of the lethal dose to the dose that gives you a nice buzz is about 10 to 1. According to the U.S. Centers for Disease Control and Prevention (CDC), about 2,200 Americans die from alcohol overdoses each year. By contrast, there has never been a documented human death from a marijuana overdose. Based on extrapolations from animal studies, the ratio of the drug’s lethal dose to its effective dose is something like 40,000 to 1.
There is also a big difference between marijuana and alcohol when it comes to the long-term effects of excessive consumption. Alcoholics suffer gross organ damage of a kind that is not seen even in the heaviest pot smokers, affecting the liver, brain, pancreas, kidneys, and stomach. The CDC attributes more than 38,000 deaths a year to three dozen chronic conditions caused or aggravated by alcohol abuse.
~
Tags:
WeedWorthy Marijuana Legalization News, Weed Worthy Law & Crime News, WeedWorthy Science News, Jacob Sullum, WeedWorthy Cannabis Industry News Marijuana Prohibition,
Gov. Herbert says he's considering legalizing medi...
Police prepare for Oregon marijuana law to take ef...