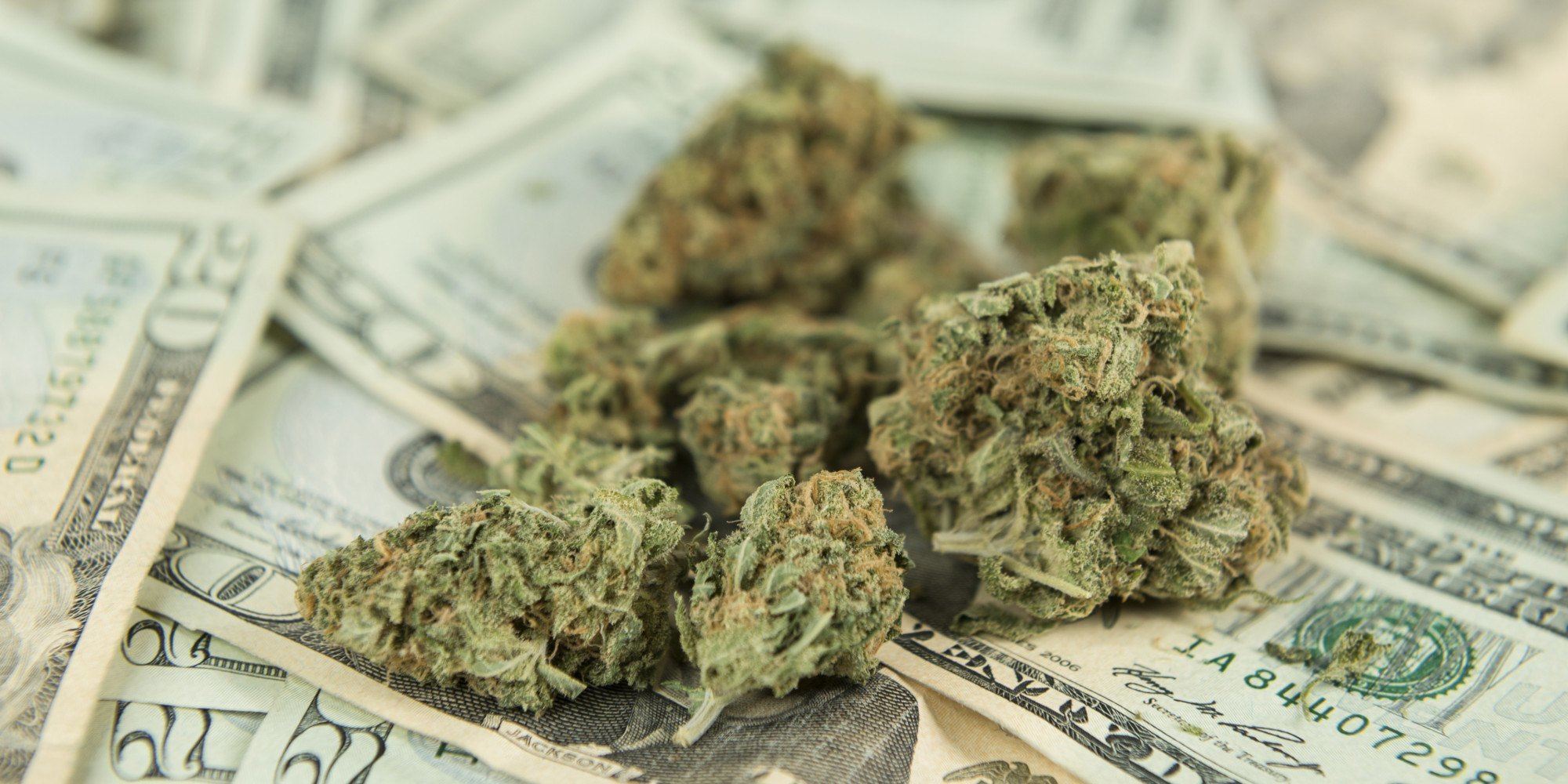 Douglas A. McIntyre ~ 247WALLST ~
Marijuana prices are actually measured nationwide, although it seems odd that numbers for what is an illegal substance in many states could be tracked.

~
However, Cannabis Benchmarks, which measures financial and industry information for North America, reported in its U.S. Cannabis Spot Index that prices dropped about 5% to $1,735 per pound last week.
Most of the price movement was based on supply and demand in Colorado, the U.S. center of legal marijuana, as well as California, where many large suppliers operate. According to the Spot Report:
Prices pulled back slightly this week, with 30% of all transactions settling in the $1,700 to $1,799 price range. This price movement was counter to what was anticipated, based on prior years experience, as mild weather supported full capacity utilization at indoor facilities. Additionally, maturing operators are showing improved efficiency. The standard deviation was +/- $225 per pound, with 68% of transactions settling in the range of $1,510 to $1,960 per pound. In Colorado, one grower was able to command $2,100 per pound for a small quantity of high quality cannabis. California saw numerous Los Angeles area dispensaries that had been shuttered since 2013 begin to come back online. Previously, the closing of these shops caused an oversupply and subsequent price drop, as the dispensaries that remained open struggled to compete with lower black market prices.
While sales in the state of Washington, where the drug is legal, were only 10% of Colorado’s, production has been higher than sales. But the amount is not enough to have much impact.
Cannabis Benchmarks expects future market price pressure nationwide is likely to keep prices down. Its Morning Curve report says:
The price of one pound of cannabis for the prompt month declined 6% to $1,735, as an even larger price decrease than previously expected may be on the horizon. Oregon has emerged as a market that could impact future prices significantly. While Oregon’s retail cannabis program is not expected to be fully functional until fall of 2016, legislators are pushing to create temporary conditions to bring retail cannabis to market as early as this summer.
One of the most important things lost in the discussion of national supply and demand is the size of the market, which is extremely small. In Colorado, the amount collected by the state was only $76 million. Until that amount rises across all states, and rises sharply, the measure of prices will tell nothing about the broader economies in states that have started to ease regulations.
~
Tags:
WeedWorthy Marijuana Legalization News, Legal Marijuana, WeedWorthy Finance News, WeedWorthy US News, WeedWorthy Cannabis Industry News Douglas A. McIntyre, U.S. Cannabis Spot Index, Cannabis Benchmarks, retail cannabis,
Update: Third Time's A Charm? Second Attempt at Re...
Sea Cliff company secures marijuana production fac...