Hot off the press cannabis, marijuana, cbd and hemp news from around the world on the WeedLife News Network.
5 minutes reading time (1092 words)
Featured

Marijuana and hemp growers duke it out in Oregon Legislature 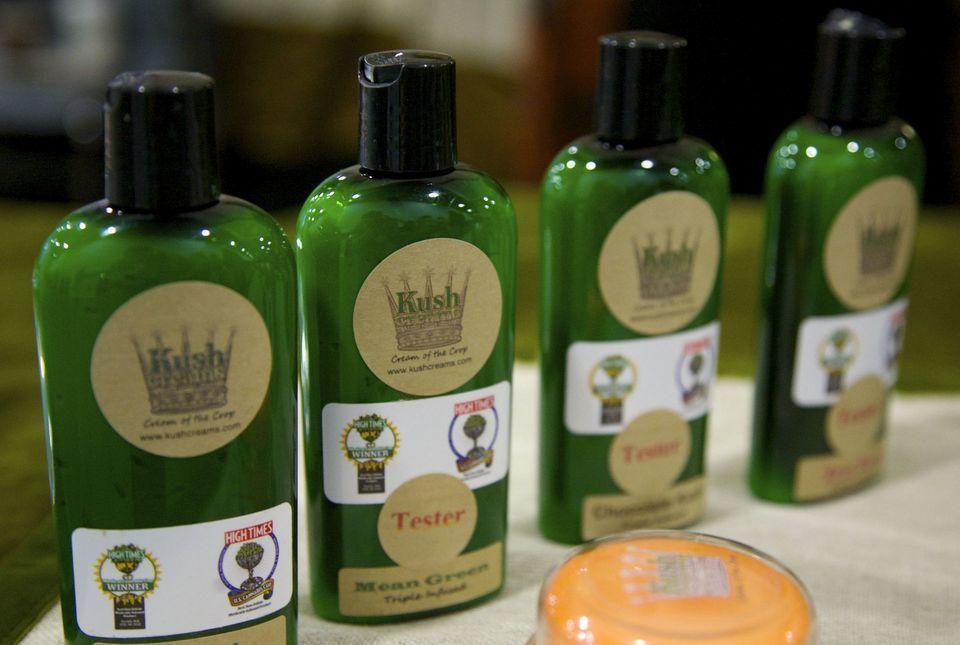 Jeff Mapes  ~ The Oregonian ~
Depending on who's talking, a 20-acre hemp farm about 10 miles south of Grants Pass is either the harbinger of a new industry that could help save rural Oregon – or an existential threat to local marijuana farmers just as they're anticipating boom times.

~
Hemp, the non-intoxicating version of cannabis sativa, has long been a big part of the marijuana culture, celebrated for its wide variety of uses and status as a fellow victim of federal prohibition.
But now that both hemp and marijuana are coming out of the legal shadows in Oregon, they're suddenly in conflict – and state legislators may be about to side with the much more well-established marijuana industry.
Lawmakers are considering a bill that would temporarily halt hemp production and force that farm near Grants Pass to yank its plants out of the ground, albeit with compensation from the state. The bill would also put stricter controls on hemp in areas of the state – such as southern Oregon – where marijuana farms are plentiful.
Marijuana growers say they worry that pollen from hemp farms could wreak damage on prized female cannabis flowers, cross-pollinating them and producing a seedy crop with weaker THC, or tetrahydrocannabinol, the substance responsible for marijuana's high.
"Any hemp industry that produces pollen around here is going to destroy the value" of the highly bred local marijuana crop, says Cedar Grey, a medical marijuana grower and president of the Oregon Sungrown Growers Guild.
A lot of "nervous neighbors," says Grey, are watching hemp farmers begin to plant in a region nationally famous for the quality of its marijuana.
The legislation – contained in proposed amendments to House Bill 2668 -- has infuriated the state's small number of hemp farmers, who say they are threatened with being shut out of the best growing areas in the state.
If the legislation passes, it's "basically the death knell of hemp in Josephine County," says Cliff Thomason, a real estate agent who has put together a consortium planning large-scale hemp farming in a county that is the epicenter for the southern Oregon marijuana industry.
Thomason's group recently planted its first hemp on a 20-acre plot south of Grants Pass owned by Josephine County Commissioner Cherryl Walker after getting a permit from the state. Congress last year allowed states to begin pilot projects to grow hemp.
Thomason says the state could potentially sell billions of dollars in hemp products, particularly those with high concentrations of cannabidiol – typically known as CBD – that is thought to have a variety of valuable medicinal properties. Best of all, he says, these products can be freely sold around the country because the possession of hemp-based products has not been illegal.
Walker also hints at the cultural clash at work here, saying that hemp "is not a mind-altering drug like marijuana" and that she finds it "disingenuous" that medical marijuana growers aren't complaining about cross-pollination from recreational pot growers.
At the same time, some supporters of the marijuana industry says they're worried that some pot critics wouldn't mind at all if hemp overwhelmed local pot operations.
Seth Crawford, an Oregon State University marijuana policy researcher, says he's heard concerns from some growers that the hemp farms are a form of "biological terrorism.
Thomason's hemp operation was the subject of a stormy hearing last week in the House Rules Committee.
Crawford charged that the farm's siting showed how poorly the Oregon Department of Agriculture has handled the hemp issue.
He pointed out aerial photos showing that three medical marijuana growers were close to Walker's farm and could be endangered by the operation.   On top of that, he said, the site is near a high school and could cause the state to run afoul of federal rules.
Thomason has pledged to ensure that male plants are kept inside to avoid cross-pollination issues, and he says he has a strong incentive to work out any disputes with neighboring farmers to avoid legal liability.
But Crawford says he remains skeptical that Thomason and his partners have the necessary knowledge to safely farm hemp in marijuana country.
"They don't know anything about industrial hemp and cannabis in general and it's very dangerous," Crawford says.
Ironically, HB 2668 started out as a bill aimed at spurring hemp production.
The original measure, sponsored by Rep. Peter Buckley, D-Ashland, removed the requirement that hemp farmers get a permit from the Agriculture Department.
But Buckley shifted course as Thomason and other hemp farmers moved forward and marijuana growers began complaining. He's now pushing for legislation that would require strict buffer zones for outdoor hemp crops unless they consist solely of female plants. The bill is now in the House Rules Committee, which this week released a new proposed draft of the measure.
Buckley charged in an interview on Oregon Public Broadcasting that state agriculture authorities "blew the rulemaking process," forcing the Legislature to step in.
Lauren Henderson, the department's assistant director, acknowledges that agency staffers "did not follow the rules to a 'T'" because they were trying to get hemp farmers permitted as soon as possible for this growing season. So far, 13 permits have been issued.
Until the last few months, Henderson says, state and local lawmakers had been focused on encouraging hemp and were telling the department to move faster to get hemp crops into the ground.
As a result, he says the agency didn't always get exact location data from farmers as the rules required, figuring they could get it later after growers firmed up their plans.
"Our staff was trying to help people get permitted," says Henderson, adding that this drive "all of a sudden collided" with opposition from marijuana farmers.
Courtney Moran, a Portland lawyer who promotes the hemp industry but "supports all forms of cannabis," says she's disturbed by the legislative fight.
"We all come from the same underground community," she says. "We need to remain united as a community and promote cannabis as a genus."
~
Tags:
WeedWorthy Marijuana Legalization News, WeedWorthy Hemp News, WeedWorthy Medical Marijuana News, WeedWorthy Political News, WeedWorthy Cannabis Industry News Marijuana Growers, Jeff Mapes, Oregon Sungrown Growers Guild, hemp farms, cross-pollinating,
×
Stay Informed