Hot off the press cannabis, marijuana, cbd and hemp news from around the world on the WeedLife News Network.
9 minutes reading time (1722 words)

When Helen was diagnosed with fibromyalgia in her early 40s, her doctor prescribed her a range of opioids. She tried morphine, meperidine and a few others, but none helped ease the constant pain her chronic condition caused.

Long before medicinal cannabis was legal in Australia, while Helen was travelling across North America, a doctor at a dispensary suggested she try cannabidiol oil. “He gave me this bottle of tincture and taught me to use one or two drops under my tongue,” Helen says. “My pain decreased dramatically. I was stunned.”

But once she returned from her trip, her only option was the black market.

Helen is one of hundreds of thousands of Australians who have turned to medicinal cannabis to treat numerous conditions, which they feel have not been helped by traditional therapies. But as the industry grows after its legalisation in 2017, the evidence remains inconclusive and the costs, for many, prohibitive.

Today in Australia, medicinal cannabis products are only available on prescription. Data from the Therapeutic Goods Administration reveals that more than 172,000 people have been approved access to medicinal cannabis through its special access scheme.

Only two products have received approval from the TGA and are registered on the Australian Register of Therapeutic Goods. One is Epidyolex, prescribed for rare but severe, drug-resistant forms of epilepsy in children. The other one is Sativex, approved in 2012 to treat muscle spasticity associated with multiple sclerosis.

Doctors can request access to 224 different unregistered medical cannabis products through the TGA scheme or as an authorised prescriber. These products can be capsules, oils, nasal and oral sprays containing either THC (delta-9-tetrahydrocannabinol) or CBD (cannabidiol) or a combination of the two. Some of these are plant-derived. Others are synthetically produced.

Alongside skyrocketing demand for medicinal cannabis, there has been growing research interest around its use, with many clinical trials trying to demonstrate its efficacy for a number of medical conditions.

Yet, strong evidence is often lacking and many products remain unregistered, making prescribing with confidence difficult for many GPs. 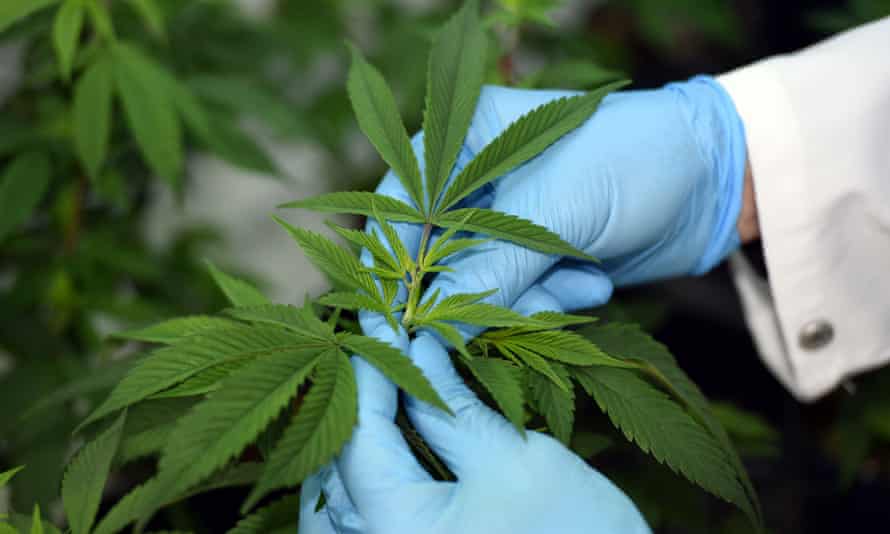 A cannabis cutting in 2017 – one of about 50 ‘mother plants’ cloned for future generations of crops for Australia’s medicinal marijuana industry. Photograph: Saeed Khan/AFP/Getty Images 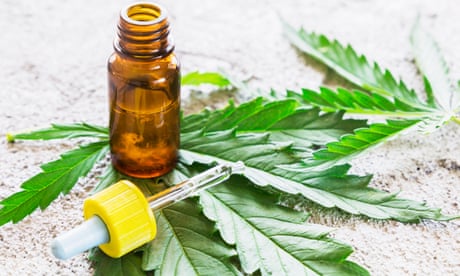 “It’s quite mind-boggling to try and match a patient’s condition to the right product and dosage because often that clinical trial evidence isn’t there,” McGregor says.

Yet the number of medicinal cannabis users has escalated over the past five years. This year alone more than 86,000 applications have been lodged, with the number forecast to surpass 100,000 next year.

Like Helen, the vast majority of patients resort to prescription medicinal cannabis to manage chronic pain. Yet last March the faculty of pain medicine at the Australian and New Zealand College of Anaesthetists released a statement recommending health practitioners not to prescribe the available medicinal cannabis products to treat chronic non-cancer pain unless they are part of a registered clinical trial.

“There is not one clinical trial yet that shows that CBD does anything useful for chronic pain,” McGregor says. “The prescribing continues nonetheless, and that’s not evidence-based prescribing.”

Larry, a 43-year-old carpenter living on the Gold Coast, has been using it to cope with anxiety and depression for the past 18 months.

A surf lover, an artist and father of five, Larry has struggled with his mental health since he lost his father at a young age. “I used to use cannabis a lot in my late teens and 20s,” he says. “It just took that edge off of the anxiety and depression.”

Back then, Larry bought on the black market. Now he attends a specialised clinic and uses low-dose CBD with 2% THC. “The best thing about [medicinal cannabis being] regulated is that it is grown in controlled environments – it’s not just somebody growing it in their backyard or you growing it. You know exactly what you are getting.”
Larry says medicinal cannabis is one tool he uses to manage his anxiety, together with keeping active, eating well and having a healthy lifestyle. “[Medicinal cannabis] is not a silver bullet but it just gives you a bit of reprieve,” he says.

Piecing together the puzzle

Like THC, CBD binds to cannabinoid receptors in the brain, controlling the release of chemicals that regulate functions and processes including mood, emotions, sleep, appetite and pain. Low levels of serotonin in the brain can cause anxiety, depression and other mood disorders. Researchers hypothesis that high doses of CBD could help regulate serotonin levels in the brains in some people.

“There is a whole host of receptors that we know CBD interacts with,” McGregor says. “But the whole picture is very complicated, and we still don’t have the full jigsaw puzzle assembled.”

CBD’s ability to act on many different receptors does not translate to significant therapeutic benefits. “Because it opens so many doors, you would think it would have profound effects, but it’s quite the opposite,” McGregor says. 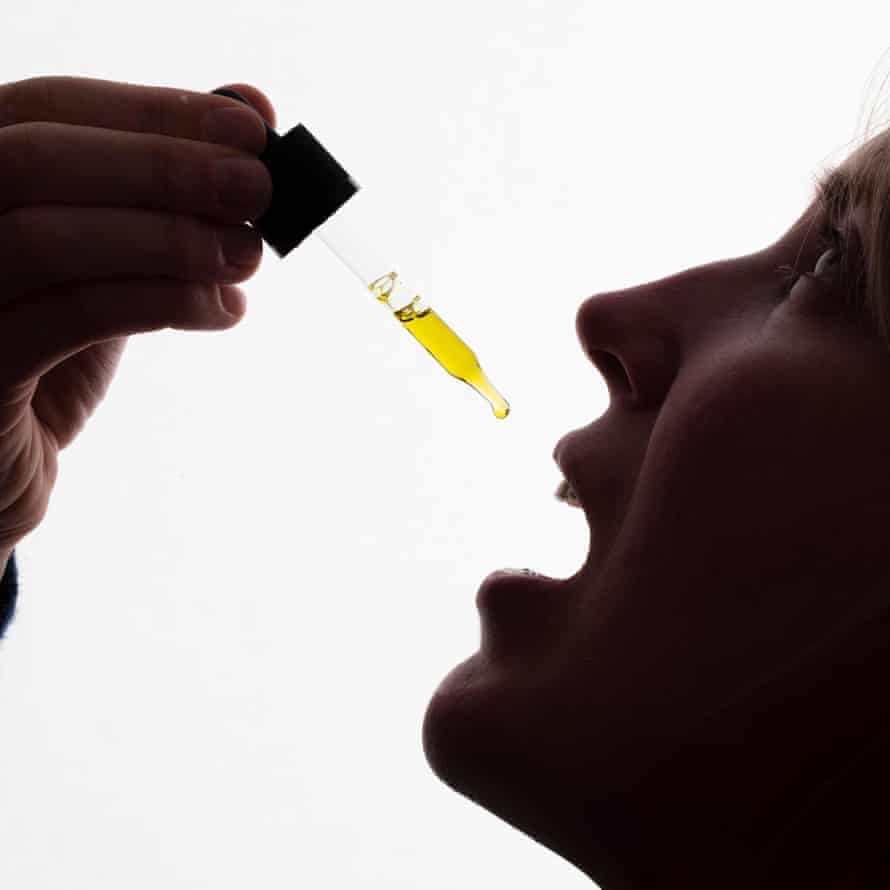 While some people continue to report experiencing tremendous benefits from CBD oil, he says, clinical studies have found that low doses of CBD don’t show any difference compared with placebo.

“Paradoxically, the vast majority of patients use CBD oil at doses we don’t have any evidence for yet,” he says.

At the end of last year, the TGA approved CBD products with a maximum dose of 150 milligrams a day to be sold over the counter as schedule three medicines. But unlike prescription-only cannabis medicines that can be prescribed even though unregistered, over-the-counter CBD products must be listed on the Australian Register of Therapeutic Goods.

Everybody’s response is different. Some individuals are more sensitive than others

To register their products, companies must prove they have clinical benefitsand, so far, no low-dose CBD product is on the register.

“There are lots of companies claiming that they are pursuing over the counter registration,” ays Rhys Cohen, the editor at large for Cannabiz and a non-executive advisory member at the Lambert Initiative for Cannabinoid Therapeutics.

“There are a smaller number of companies that are actually attempting that work. Whether they will be successful or not is uncertain because no one has demonstrated before that CBD at those low doses is effective for treating a medical condition.”

While clinical trials have proven the effectiveness of some high-dose cannabis-derived drugs such as Sativex and Epidyolex, the evidence remains anecdotal for low-dose CBD products.

Kotsirilos says that in her experience, not every patient experience the same benefits: “Everybody’s response is different. Some individuals are more sensitive than others.”

Starting with low-dose CBD oil only is her preferred strategy for most patients, increasing slowly to higher doses if required and finally considering introducing THC. But in patients with severe pain or chemotherapy-related nausea and vomiting, such as those in palliative care, she says, there is no point in giving CBD alone.

“Unfortunately, not all GPs are familiar with CBD products and feel confident enough to prescribe them to patients,” she says. “This is a gap that we need to address through balanced education in Australia.”

But while the evidence of its effectiveness remains inconclusive, for the many Australians who are looking to the drug for hope in relieving their pain and other conditions, the costs can be formidable.

The access system disadvantages less wealthy Australians who are more likely to suffer from those conditions for which medicinal cannabis is most requested. More than half a million people still turn to the black market to self-medicate, and that comes with great risks.

Generally, unregulated products sold on the black market are not pure compounds but contain an undefined amount of CBD and THC and a mix of other substances, with unknown effects on the body. And home growers often use a range of pesticides that might cause severe adverse effects.

When Helen failed to find a GP willing to give her a prescription, she looked for a medical clinic specialising in medicinal cannabis.

While these clinics allow patients access to CBD oil products, they are not affordable for most. “These clinics charge outrageous prices,” says Helen, who has paid up to $350 for a 15-minute telehealth consultation.

That is on top of the cost of the products, which are on average $0.14 a milligram, with prescribed doses ranging from 50 to 200mg a day. The government does not subsidise medicinal cannabis products under the pharmaceutical benefits scheme.

For many patients like Helen, that equals spending hundreds of dollars every month.

What Happened to the 100,000 Cannabis Plants Seize...
Massachusetts cannabis delivery companies are seei...