A new bill in Indiana would give more people a chance at beating a flawed system. And police are not happy.

Marijuana decriminalization is the latest buzzword in the weed world. It’s a move that President Joe Biden has said that he would be willing to impose nationwide. The concept typically means the elimination of criminal penalties associated with the possession of marijuana. In most cases, decriminalization lets anyone caught in possession of up to an ounce of weed slide with a small fine. The offender doesn’t get jammed up in the criminal justice system.

However, in parts of the country, those which remain some of the most militant toward marijuana offenders, the definition of decriminalization has changed. It is now being defined by one Indiana state representative as a way to prevent law enforcement from charging motorists with DUI.

Indiana has had it tough when it comes to changing its marijuana laws. For years, lawmakers have proposed various bills intended to lessen the criminal penalties associated with low-level marijuana offenses. But the Republican-dominated legislature has seemingly made it it’s life’s work to stop anything pot-related from going the distance. They’re even opposed to prosecutors tossing out pot cases.

Still, lawmakers keep returning to the drawing board in hopes of concocting some version of a marijuana bill that they believe can become law. The latest one, introduced by Republican State Representative Jim Lucas, is a weird “decriminalization” measure designed to increase the THC-blood intoxication limit to 5 nanograms per milliliter of blood while operating a vehicle rather than zero

As it stands, anyone in Indiana suspected of driving under the influence of marijuana can be asked to take a blood test. Failing to adhere to an officer’s request can result in the immediate year-long suspension of a person’s driver’s license and jail. But by agreeing to the test, a motorist opens themselves up for a DUI charge. It’s not like alcohol, where a motorist must pass a breathalyzer to escape the clutches of the law. The zero-tolerance policy gets innocent people into trouble. 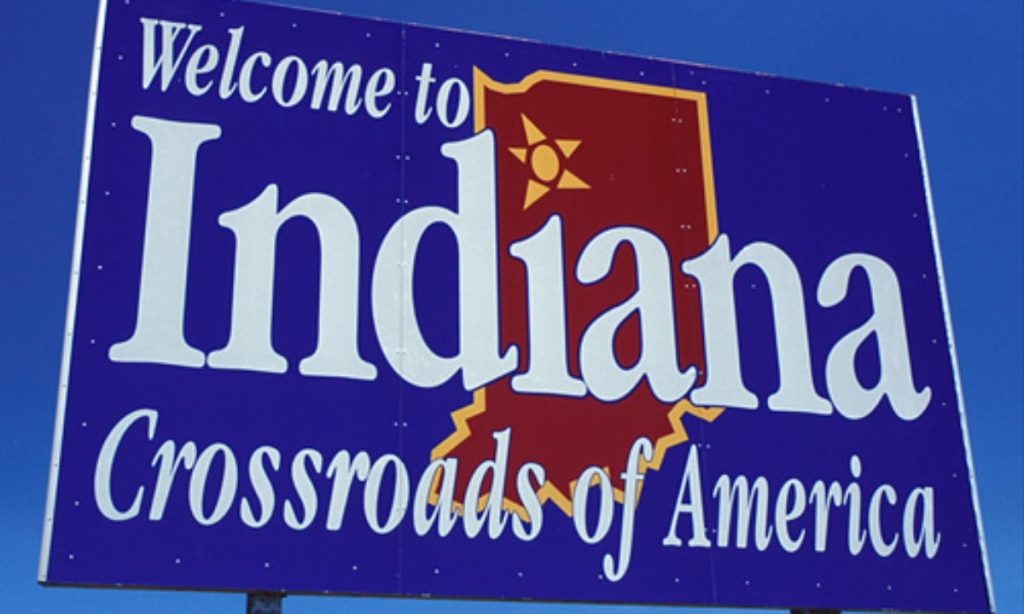 Because of how marijuana metabolizes in the body, a motorist could have smoked weed up to a month prior to a traffic stop and still test positive for marijuana. However, that doesn’t mean they were intoxicated at the time. Nevertheless, if a blood test reveals that a motorist has cannabis in their system — any amount — they are going to be prosecuted for DUI, like they were driving drunk.

Indiana police are none too happy with the proposal. They argue that “it actually inhibits our ability to take impaired drivers off the roads. Plain and simple.” But this isn’t true. The law would only prevent police from relying on junk science to put more citizens under Indiana’s thumb.

Many police forces are presumably peeved about the bill because it could make it more challenging for them to use a new roadside drug detection tool to bust cannabis users for drugged driving.

In December, several Indiana police agencies adopted a roadside saliva test that can detect various drugs in a person’s system within minutes. Under the current law, it could cause an influx in marijuana offenders in the years to come. However, if Lucas’s bill can find a way to pass, police could only use the roadside drug testing tool to establish reasonable suspicion for marijuana intoxication. They would still have to give the motorist a blood test before charging them with DUI. As long as the driver tests within the 5-nanogram perimeter, they would be released.

The bill is gaining traction in the State Legislature. It recently passed a House Committee, and is expected to go up for a full debate soon. It’s not immediately clear whether it will garner enough support to pass legislative chambers. And if it does, it doesn’t seem likely that it would become law. Governor Eric Holcomb has expressed very little interest in siding with cannabis reform.

Is Delta-8 THC Legal? What Does The Law Says?
Maryland Lawmakers Push To Legalize Marijuana And ...

Why Conservatives Should Support Marijuana Legalization