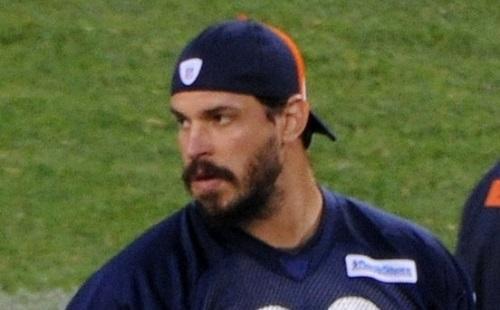 BEFORE he suited up to play against the New York Giants in 2012, Jacksonville Jaguars offensive lineman Eben Britton took an ice bath followed by a hot shower. He did his routine stretches. Then he smoked a joint.

In fact, Britton — who also played for the Chicago Bears but left the league in 2014 — tells The Post he played three NFL games while high on marijuana.

“NFL games I played stoned were some of the best games I ever played. Cannabis cements your surroundings,” he says.

“A lot of people say they’re useless when they smoke weed. But hell, I played NFL games [while stoned], dude. My performances were solid and I felt really good after.”