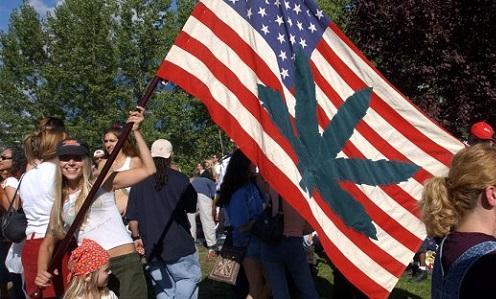 “This bill is long overdue. This is a bill that solves a problem, Get the government out of it.”

Even before it began, 2019 has been hailed as the year of marijuana, with good reason: the number of Americans who support legalization has reached record highs, and an increasing number of Democratic presidential candidates are advocating for drug reform and an end to our draconian, racist drug laws.

On Thursday morning, Reps. Tulsi Gabbard (D-HI) and Don Young (R-AK) introduced what they called a “landmark” piece of legislation, the Ending Federal Marijuana Prohibition Act of 2019, which is “the only bipartisan piece of legislation that would allow states to make independent choices about their marijuana programs,” according to Young.

Jamaica ships medical cannabis to Canada for testi...
The DEA is Searching for Field Test Kits to Differ...