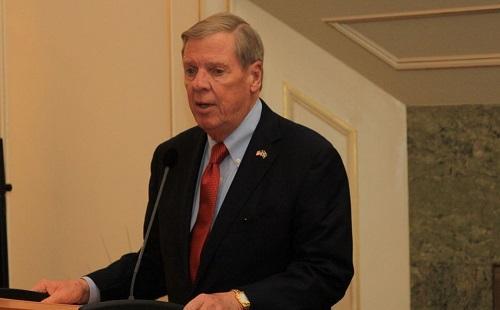 Original Post: U.S. Sen. Johnny Isakson may not support decriminalization, but he does favor the removal of marijuana from the Schedule 1 list of banned drugs — which now lumps pot with controlled substances such as heroin and LSD.

The Republican’s remarks came 35 minutes into a telephone town hall last week when he was asked about the subject by a constituent with multiple sclerosis.

Isakson touted the medical benefits of cannabis oil, as well as work in the state Legislature to expand access for people fighting severe illnesses such as cancer.