Hot off the press cannabis, marijuana, cbd and hemp news from around the world on the WeedLife News Network.
3 minutes reading time (568 words)
Featured 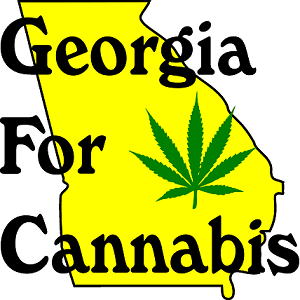 Bill Hendrick ~ Jacksonville.Com
Passage is nearly certain in Senate although numer of covered diseases could be cut
~
The Georgia House overwhelmingly passed a bill Wednesday to legalize cannabis oil for the treatment of nine major health problems, including sickle cell disease added at the last minute.
The bill’s sponsor, Republican Rep. Allen Peake of Macon, said he added sickle cell disease by amendment to his House Bill 1 at the request of the Georgia Legislative Black Caucus. The disease, also known as sickle cell anemia, overwhelmingly affects African-Americans.
The medical marijuana bill passed 158-2 and now goes to the state Senate, where considerable opposition is all but certain. The list of eligible conditions is expected to be whittled to just a few diagnoses in the upper chamber.
Gov. Nathan Deal, who must sign the measure for it to become law, has said he supports the use of cannabis oil for treatment of seizure disorders. Peake said he does not expect Deal to support the bill in its current form. He said in an interview he cut the number of eligible conditions from its original 17 because it would have had no chance of passage in the Senate, or possibly even the House.
A cannabis oil bill failed in the General Assembly last year. In its current form, the bill would allow cannabis oil for treatment of seizure disorders, cancer, ALS, multiple sclerosis, Crohn’s disease, Mitochondrial disease, Fibromyalgia, Parkinson’s disease and sickle cell disease.
Despite opposition to the list of 17, Peake said he added sickle cell disease after African-American “approached us and made a compelling argument to add this as another diagnosis.”
Still, he said, “the Senate has sent signals they don’t want to include any diagnosis other than seizure disorders,” so the bill faces a significant uphill battle.
“This will help thousands and thousands of Georgians, maybe 500,000, but any bill we pass that helps any citizen, I’ll be happy with,” he said.
House Speaker Georgia David Ralston praised Peake for his efforts, and many of his colleagues rose in a standing ovation after the vote.
Peaked then looked toward the gallery and thanked “parents who have fought this fight for the last year for their kids who suffer from seizures. They have showed us what true courage is.”
He repeated that “passage of this bill is not an indication of a slippery slope” toward Colorado-style marijuana legalization “but a confirmation of our compassionate reach.”
The bill calls for THC percentages of cannabis oil to be no more than 5 percent, which he said is very low and at most could cause minimal psychoactive effects.
To obtain a small vial of the oil, a person would have to get a recommendation from a physician and a registry card from the state Department of Public Health, which would provide immunity for possession.
The bill also would create the Georgia Commission on Medical Cannabis, which would be responsible for the potential regulatory infrastructure for creation of in-state growth and distribution. If the measure becomes law, Peake said, the oil would have to be obtained out of state for the time being.
~
Tags:
Marijuana Legalization in Georgia, Cannabis Oil, WeedWorthy Political News, Bill Hendrick,
×
Stay Informed

Cannabis oil to be sold in Missouri legally
Group starts fight to keep legal pot out of N.J.