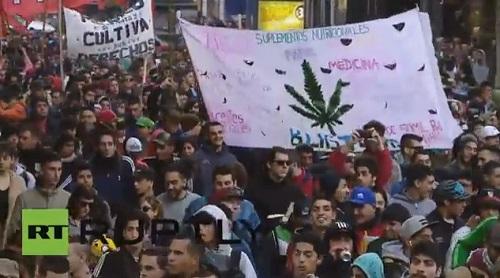 The Global Marijuana March has taken place this weekend as cannabis supporters from around the world gathered in 829 cities in 72 countries to put pressure on their governments to legalize the drug.

Demonstrators were out in force in the Argentinian capital, Buenos Aires, including wheelchair-bound children suffering from refractory epilepsy.

They want the drug legalized for medical use and for it to be regulated for cultivation and consumption.

Rio’s Ipanema and Leblon beaches were the setting as thousands of people marched through Brazil’s iconic city calling for cannabis to be legalized in the country.