Democrats Have A Year To Legalize Marijuana Nationwide

Chuck Schumer’s dream of advancing nationwide cannabis reform must come now, or else it might not get another chance.

Democrats are on borrowed time with respect to their control of Congress, which means they either must work extra hard to ensure the votes necessary to stay in power, or beg, borrow, steal, and call in every favor to see that the party’s agenda is well-served before they are snuffed out by Republicans.

Among the many issues the Democrats are trying to pass, nationwide cannabis reform is a hot topic. Senate Majority Leader Chuck Schumer said earlier that legalizing marijuana at the federal level was a top priority for the upper chamber, but he has so far come up short. Unfortunately, the clock is ticking for the Democrats to get something on the books.

As it stands, next year’s midterm elections aren’t looking good for Democrats. Early indicators show that the Republicans are poised to take back control of the House majority, further dividing Congress. “Based on all factors, you’d have to consider Republicans the early favorites for the House majority in 2022,” David Wasserman with the nonpartisan Cook Political Report recently told NBC News. As for the outcome of the Senate, it seems to be any party’s game at this point. 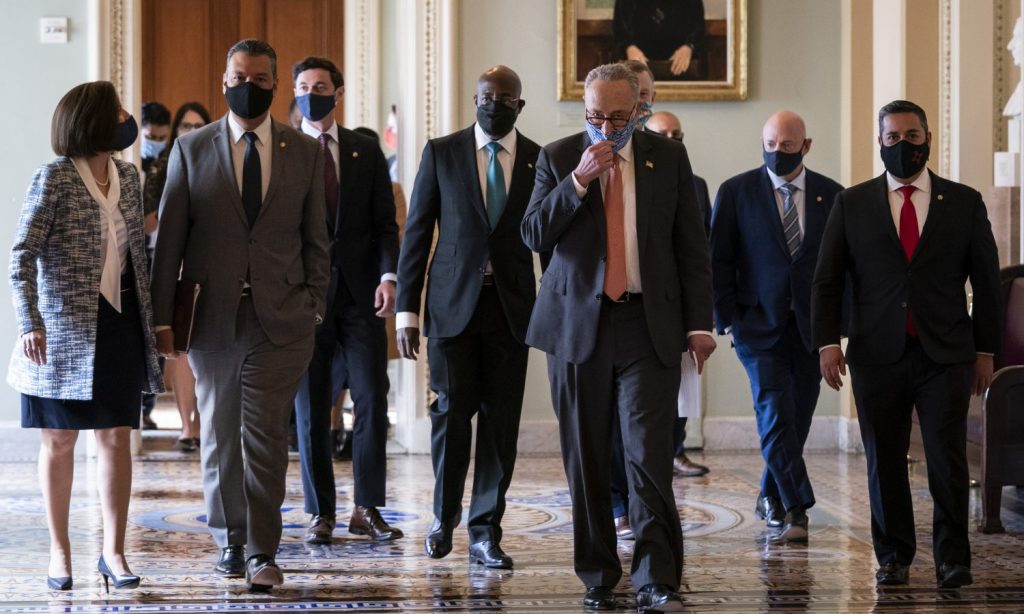 Some politicians believe that history is repeating itself — and it’s not going in favor of the Democratic Party. Senator Lindsey Graham said earlier this week that next year is looking like another 1994. That’s when the GOP swooped in with a vengeance and gained total control of Congress. “I think a tidal wave is brewing,” he said. “When you look at rampant inflation, out-of-control crime, and a broken border and just [a] general lack of knowing what you’re doing, lack of competency … the Republican Party’s going to have a great comeback if we recruit the right people.”

Assuming the political analysts are correct, that means Schumer’s dream of advancing nationwide cannabis reform must come now, or else it might not get another chance. Last month he brought forth a proposal aimed at ending federal marijuana prohibition. The concept is now up for public comment until September. The only problem is that Schumer, by his own admission, doesn’t have the votes to get the bill to the President’s desk anytime soon. He doesn’t have the support, the filibuster is still in the way, and even members of his own party are not onboard.

Still, Schumer is hopeful. “I think we will get it done because it’s so, so overwhelmingly supported by the American people,” he said when interviewed on ABC’s The View. 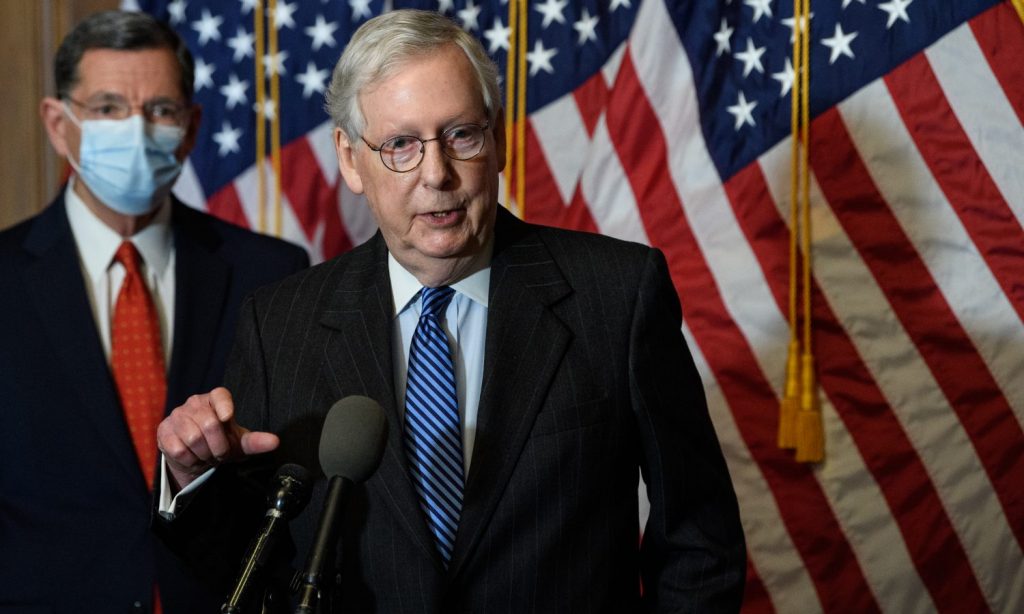 Even though most Americans support legal weed, there’s no denying that Mitch McConnell continues to stand in the way. Despite his demotion to Senate Minority Leader, the Kentucky Republican has still managed to manhandle Schumer at nearly every turn. Most recently, however, McConnell embraced bipartisanship, voting in favor of the Democrat’s infrastructure deal. But — and it’s a big one — he said there are no plans to work with Democrats on any other issues in the future.

So, regardless of those cannabis advocates brimming with positivity about the chances of marijuana legalization happening soon — making the industry as legit as alcohol and tobacco — there’s really no chance that McConnell is going to rally his Republican colleagues to help Schumer pass a bill aimed at legalizing marijuana nationwide. No way. All Schumer can do at this point is fight to end the filibuster and pass the pot bill by a simple majority, which is something else he doesn’t have the votes to do. By all accounts, Schumer’s hands are tied.

If Farhad Manjoo’s column in the New York Times is accurate, Democrats not only have a year to save the planet, but the party has precisely the same amount of time to legalize weed. Come November 2022, the Republicans will probably return to power and destroy any hope of cannabis reform.

Grey Market and Black Market in the World of Cannabis

Difference Between A Marijuana Dispensary And A Liquor Store

What You Need to Know About Virginia's Adult-Use Bill

How Long Before The Senate Approves The SAFE Banking Act?