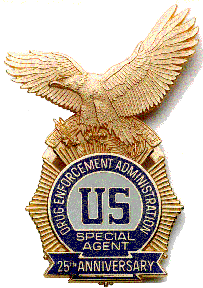 DEA chief Chuck Rosenberg on Wednesday rejected the notion that smoking marijuana is "medicine," calling the premise a "joke."

"What really bothers me is the notion that marijuana is also medicinal -- because it's not," Rosenberg said in a briefing to reporters. "We can have an intellectually honest debate about whether we should legalize something that is bad and dangerous, but don't call it medicine -- that is a joke."