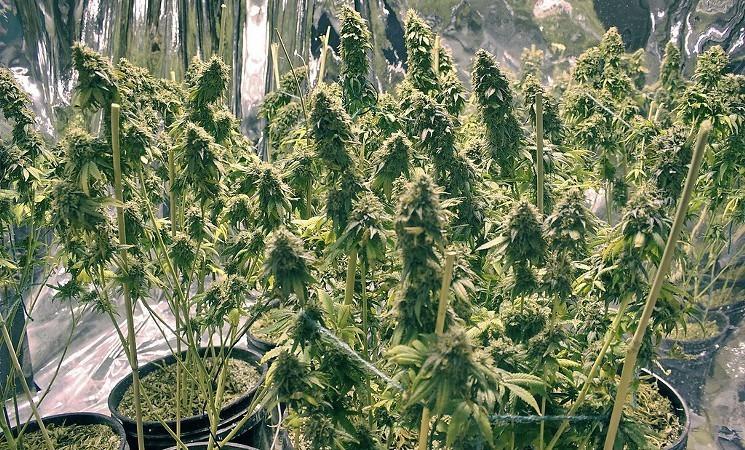 Kyle Munzenrieder ~ Miami New Times ~
Almost a year ago, Gov. Rick Scott signed the Charlotte’s Web bill into law, legalizing a non-euphoric strain of marijuana for medical use in Florida.

~
Though, so far Floridians who need that medical treatment have not been able to receive it. The law has been held up by legal challenges and bureaucratic rigamarole, but supporters and potential suppliers think that Charlotte's Web may finally roll out in Florida in late 2015 under the best case scenario, but more likely sometime in early 2016.
Charlotte's Web is a form of low THC marijuana (THC being the ingredient that actually gets you high), that nonetheless is high in cannabidiol, a component that has been shown to help control the symptoms of seizures. The legislature passed the law last year while an effort to pass a more wide-ranging but ultimately failed medical marijuana ballot initiative in Florida was underway.
The bill left the exact mechanisms of how the marijuana would be grown and distributed to the Florida Department of Health, and that process has met with plenty of legal challenges. Though, last week Administrative Law Judge W. David Watkins threw out the final challenge, brought on by a plant nursery that was unhappy with some of the rules and found them vague.
Now the Department of Health is expected to begin the process of granting five state-wide licenses to nurseries to actually grow the pot. To qualify, nurseries would have to be in business in Florida for more than 30 years and grow more than 400,000 plants annually.
According to the Sarasota Herald-Tribune, the regulations are expected to become final on June 17. At that point the Department of Health will begin accepting applications from potential growers. Those applications are due by July 8, and the recipients of the license will be notified on August 8.
That means best case scenario that Charlotte's Web could be available in Florida by December, but one possible applicant believes it may actually take a few more months. The CEO of Sarasota-based AltMed, a potential applicant, says it would take his company about four months to build a processing plant and get it expected. Growing the pot would take about eight weeks, and then a few more weeks to actually process it into a non-smokable oil, meaning he doesn't expect patients to receive the product until around April of next year.
To prescribe Charlotte's Web, doctors will need to go through an 8-hour online training course. Only about 30 doctors in the entire state have so far met that requirement.
Meanwhile, an effort to potentially raise the amount of THC in the approved form of Charlotte's Web from 10 percent to 15 percent, thus making it potentially useful to people who suffer from other ailments, went nowhere in the Florida legislature this year.
John Morgan, the mega-lawyer who spearheaded last year's failed constitutional amendment to legalize medical marijuana in Florida in a broader way, is currently trying to get a similar question on the 2016 ballot.
~
Tags:
WeedWorthy Marijuana Legalization News, Marijuana Legalization in Florida, WeedWorthy Medical Marijuana News, WeedWorthy Political News, WeedWorthy Cannabis Industry News Kyle Munzenrieder, John Morgan, AltMed,
Medical Marijuana Patient Protests After House Rai...
Texas Governor Abbott to sign limited medical mari...