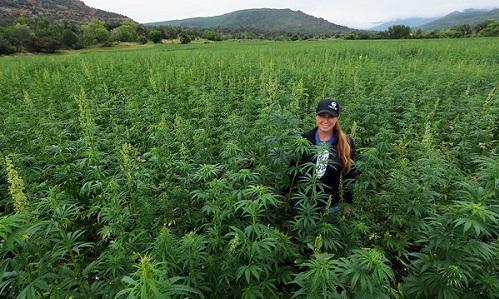 “In the U.S., we do everything with hemp -- we eat it, we wear it -- yet we haven’t been able to grow it. So we import approximately $60 million worth of hemp from overseas."

Last week, Senate majority leader Mitch McConnell promised that the final version of the long-delayed Farm Bill would include the legalization of hemp.

Congress’s top Republican, interestingly enough, has become a vocal champion of the versatile crop in the last five years, which is presently making a comeback in McConnell’s Kentucky -- after the War on Drugs made the growing of hemp highly stigmatized and illegal.

On First Day Of Recreational Marijuana Sales In Ma...
6 Best Ways To Include Marijuana This Thanksgiving...

So, You Want to Be a Hemp Farmer? - Cannabis News