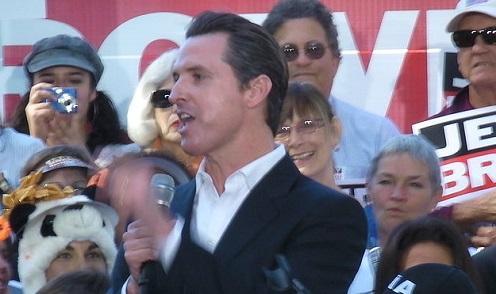 Lt. Gov. Gavin Newsom warned a conference of cannabis industry members Tuesday that they need to get involved in passing a pot legalization measure on the November ballot or the cause will be set back nationally.

Newsom also chided fellow Democratic elected officials for not doing more to change the law even though he said the war on drugs has been an “abject failure.”

“I kind of got frustrated by some of our colleagues because they weren’t leading,” Newsom told some 2,000 industry activists and entrepreneurs at a conference in Oakland sponsored by the National Cannabis Industry Assn.

Newsom said current drug policies constitute “a war on the poor, on folks of color and it’s got to end.”

Activism 22 June 2016
WeedWorthy News Network uses cookies to ensure that we give you the best experience on our website.
I accept